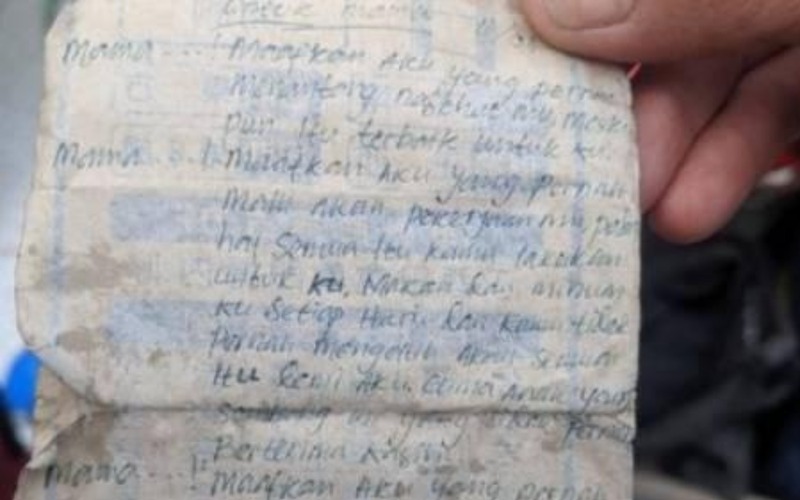 A touching friend to his mother

Nikki Saadat lives in Vancouver, Canada. The girl is an eco-volunteer and often cleans the city’s beaches of garbage. One day she noticed a plastic bottle brought by the surf.

There is no label or marking left, but there was clearly something inside the bottle. Nikki opened it and found a nearly faded letter. But what was written on the paper, she did not make out. The text was written in a language she did not know.

Saadat brought the find to the university where she studied. She told her friends about the letter, but none of her friends could make out what was written. Only a few weeks later, Saadat found a person who managed to read the letter. It turned out that it was written in one of the Indonesian languages.

It was a message that a man named Joris Naikambo wrote to his mother. The letter was very touching, imbued with love and remorse for my mother. 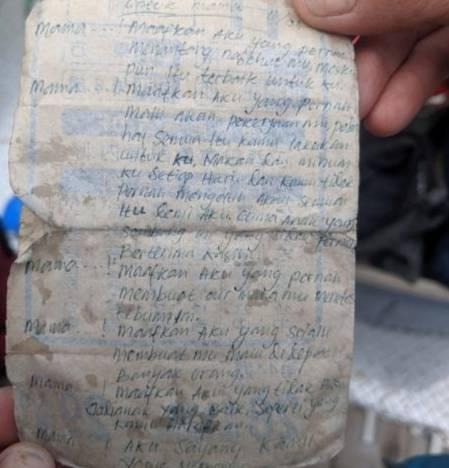 Joris asked for forgiveness. For not listening to her good advice, for being ashamed of her not the most honorable work, for his arrogance. “You worked for me so that we could have food every day. You never complained about anything, unlike me, ”the son wrote. The date on the paper was November 2003.

Nikki tried to find Nicambo through social media. However, there was no user with that name on social networks. Then she turned to the Indonesian community of Vancouver with a request to help.

It was possible to learn about Joris only small crumbs. So, he is a Christian and grew up in a village in eastern Indonesia. Perhaps he worked abroad or on a cruise ship. Unfortunately, that was all the information.

Saadat hopes that someday she will be able to find the author of the letter or its addressee.