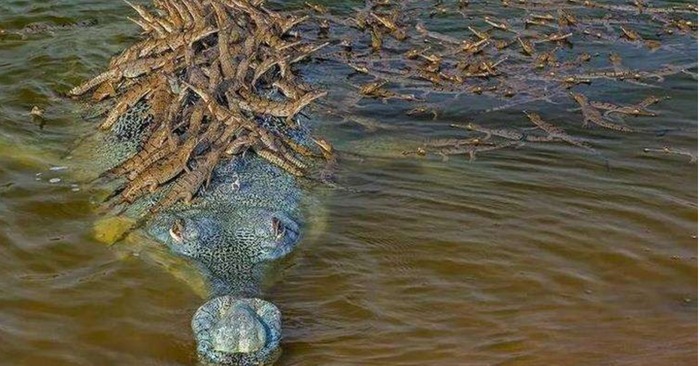 A crocodile dad carrying his children on his back

Dhritiman Mukherjee, an Indian photojournalist, traveled many months in the Chambal National Reserve in India.

And it was there that he captured an extraordinary photograph of a massive alligator swimming along the holy river, “transporting” a thousand small pups on its broad back.

Due to the degradation of circumstances in their natural environment, Ganges dwellers are on the edge of extinction.

In fact, about 650 adult members of this uncommon subspecies survive in Nepal and India, with the majority of the individuals – 500 – living in Chambala. These extraordinary lizards can grow to be over 4 metres long and 900 kilos in weight. 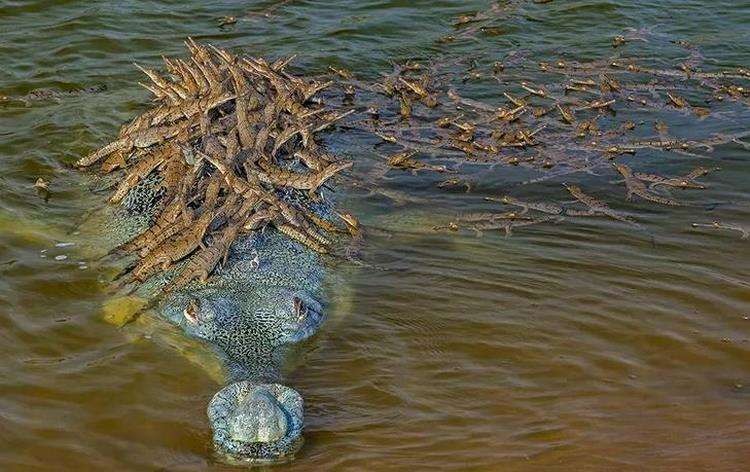 Other alligators carry their young in their mouths, but the Gangetic gharials’ snout is short and lengthy, and its teeth are razor-sharp. As a result, members of this animal have selected a different method of transporting youngsters through the sea – on their enormous back sides.

Mukherjee is a massive guy in the photo who most likely coupled with 7 – 8 girls. All of the baby alligators landed on the family’s back, indicating that the males are in charge of transporting. 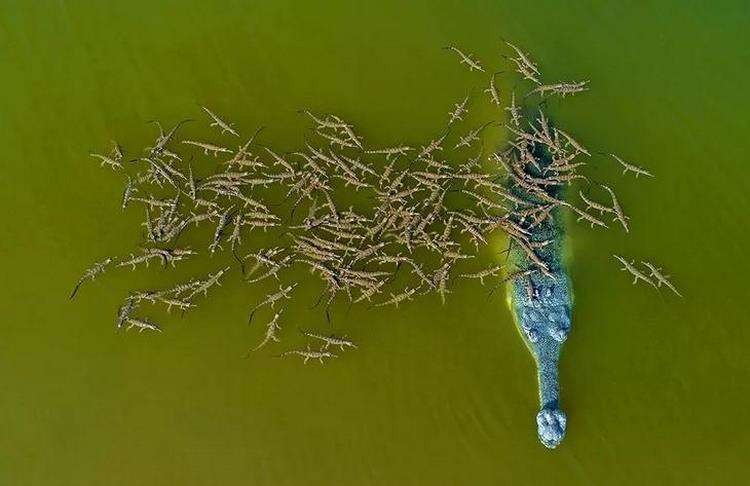 The shot, which was captured by a gifted and diligent shooter, won first prize in a contest organized by the Natural History Museum. Mukherjee is one of the finalists for Nature Photographer of year.