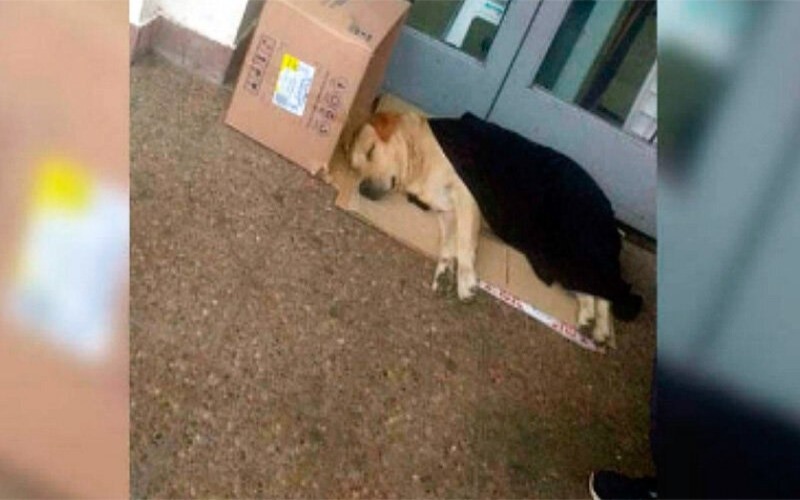 The Labrador named Toto didn’t know that his beloved owner had passed away and he continued to wait for him in front of the doors of the hospital which was located in the Argentine city of San Salvador de Jujuy.  The dog had been sitting at his post for 7 days and the owner’s relatives were indifferent to the fate of the pet who had been a devoted friend of their loved one for 6 years. 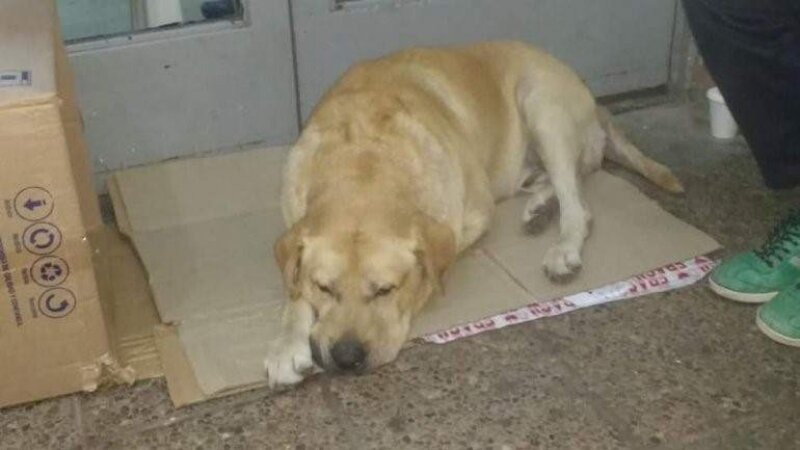 The hospital staff felt sorry for the doggy and they laid a piece of cardboard next to the entrance and placed a box for Toto the doggy to sleep in.

The photos of the unfortunate little animal began to be posted on the social networks by people who visited their relatives in the hospital.  So, a center that is engaged in the protection of animals knew about Toto by this publications and the staff took the dog to the shelter. 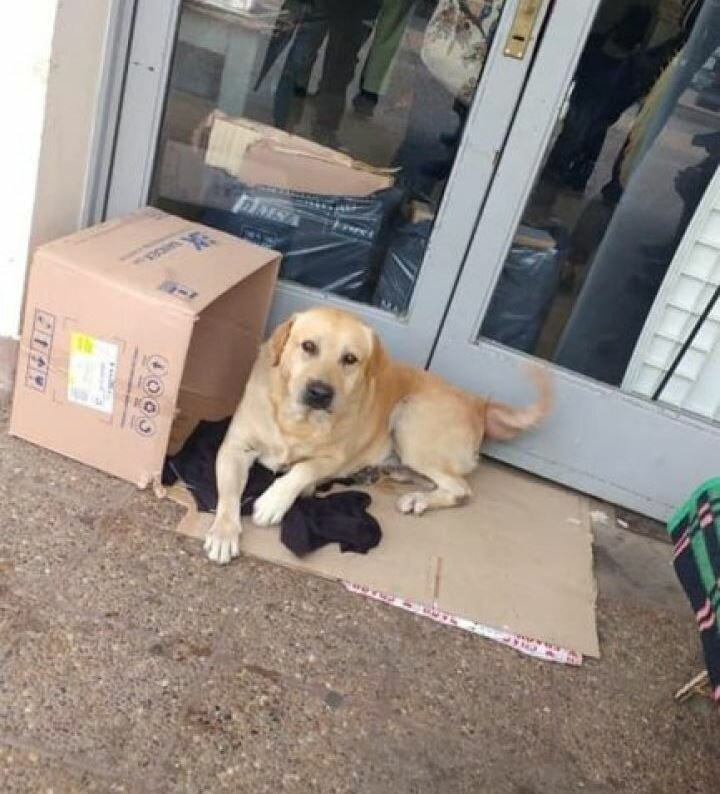 They wrote in the hospital post that the dog needs to find a new house which will be located away from the hospital so that he cannot resort here again.  They also said that the new owners at first had to take the Labrador for a walk on a leash and make sure that he won’t run away. 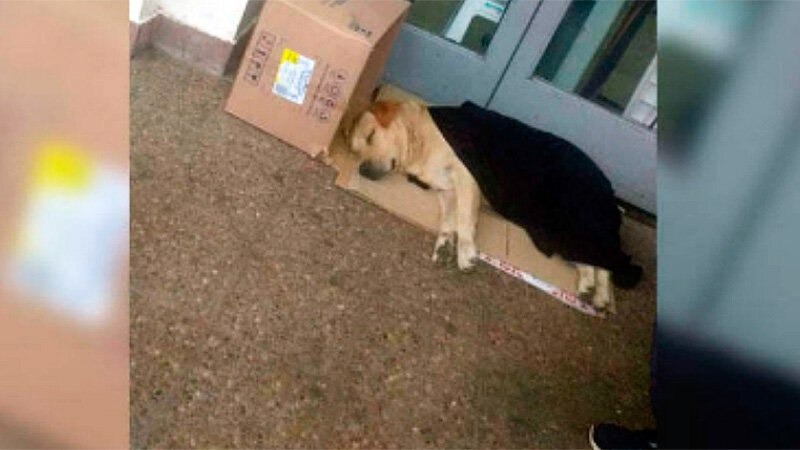 The dogs of this breed are distinguished by their special devotion to their owners, so it is especially difficult for them to endure separation from a loved owner.