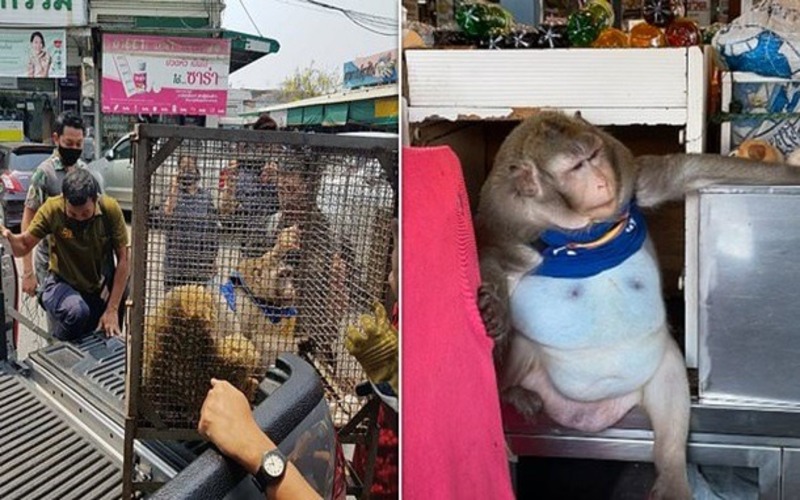 It turns out that there is a special camp in Thailand where primates are engaged in weight loss.  Among the inhabitants of the center there is an unusual character – a 3-year-old male macaque named Godzilla. 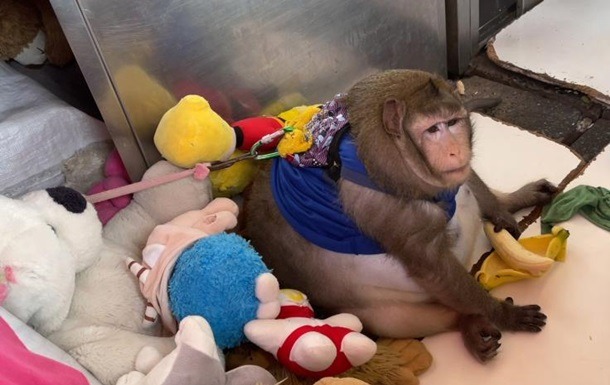 The old owner got tired of the pet and he taken in by a kind woman named Manop who has a shop in the market.  She took good care of the little primate and regularly fed him but the animal also ate in the market taking food from passers-by.  So Godzilla’s weight exceeded the norm by 2 times and now she weighs 20 kg.  And she is considered to be the fattest monkey in Thailand.

The mistress decided to send her friend to a special center for primates. The macaque was put on a diet there. She wad fed only with healthy food and forced to do physical exercises. 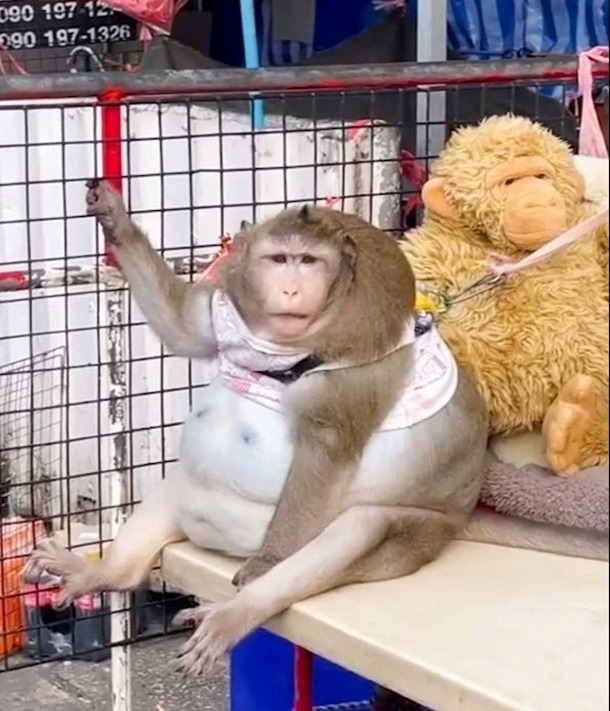 After Godzilla loses weight she will be released into the natural environment.  The macaques are prepared for this in every possible way in this center.