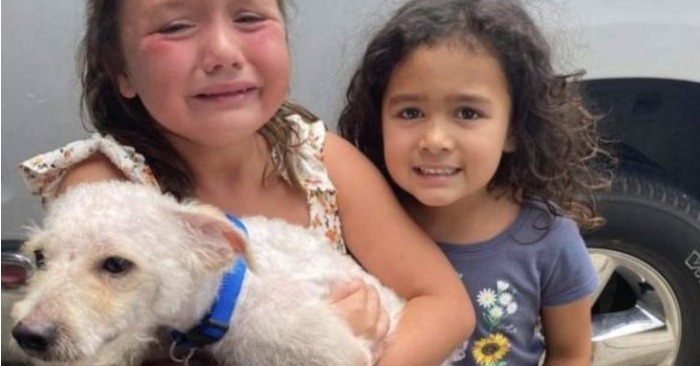 When a little girl sees her missing dog after almost two months she breaks into tears. There are photos of a small girl hugging her beloved dog in her arms. 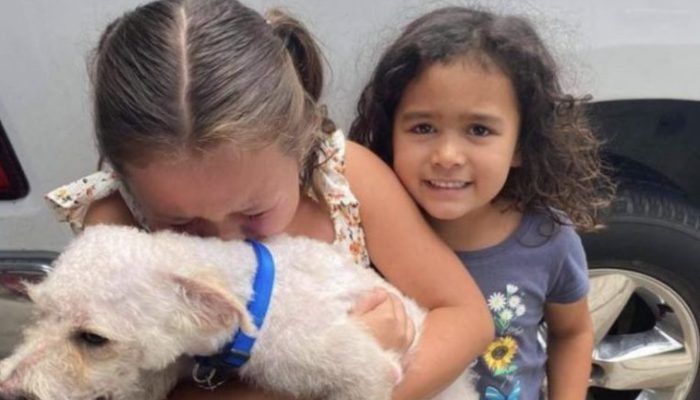 The family of a dog named Milky was anxious, that they wouldn’t be able to find their missing dog.

They spent two months searching for their dog unsuccessfully. They informed the police and put leaflets across the area wishing someone would locate him. 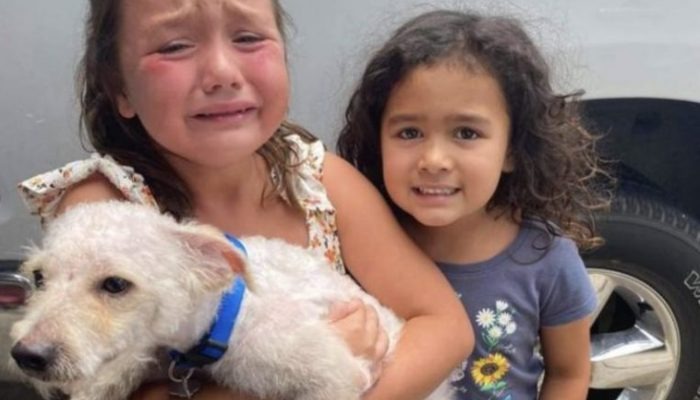 And happily a policeman was able to locate Milky and return the dog back to his family. When an officer named Herrera received a call about a dog running loose, he immediately recognised Milky. The dog’s family was immediately informed that their dog is safe and sound. The information, that their dog was found alive gave a big relief to the family. But the best reaction showed two little girls, who couldn’t believe they are hugging Milky once more. The girls were overjoyed with happiness.