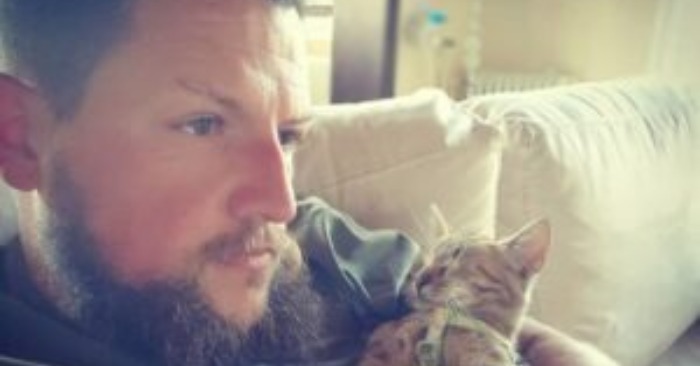 An unusual couple travelling the world

A Scottish traveler named Dean Nicholson was tired of his job and decided to continue his life as a traveler across the world on a bicycle. 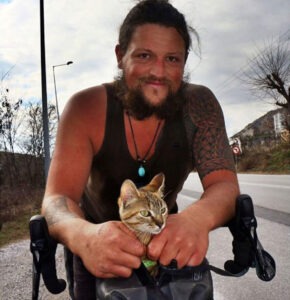 He cycled across eight other nations, capturing his amazing tricks on the Internet. And while crossing the border to Montenegro he found a lonely street cat , that was very hungry. 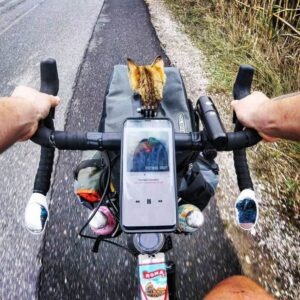 When he found the kitten he decided to stop for a moment to brush her, but the kitten touched him immediately. She began pursuing him and didn’t want to leave his side.

“The little animal was following me, when I looked back. She’s meowing with all her heart. She was starving and poor.” 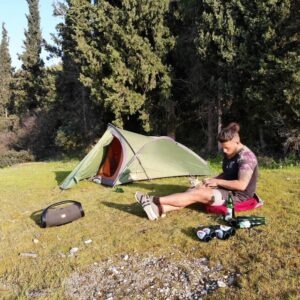 He considered, that her previous owners had left her on purpose and the poor animal wanted to join him. So the man decided to take the kitten to the vet and named her Nala, after one of the characters of his beloved movies. 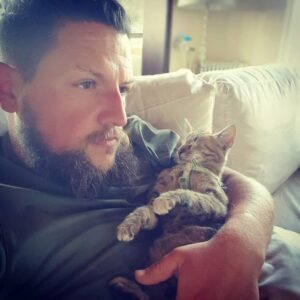 He opened a space for the kitten in his front basket. Nala quickly started showing her affectionate personality and adventurous self. Sometimes she likes to jump out of the box and just sit on her loving owner’s shoulder. She attracted a lot of attention everywhere they went. People always wanted to capture with her. 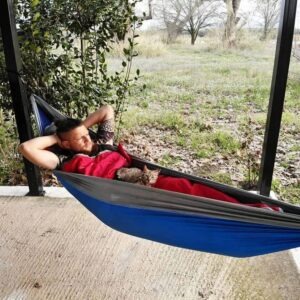 They traveled from town to town seeing new places together. And of course their amazing friendship becomes stronger every day.