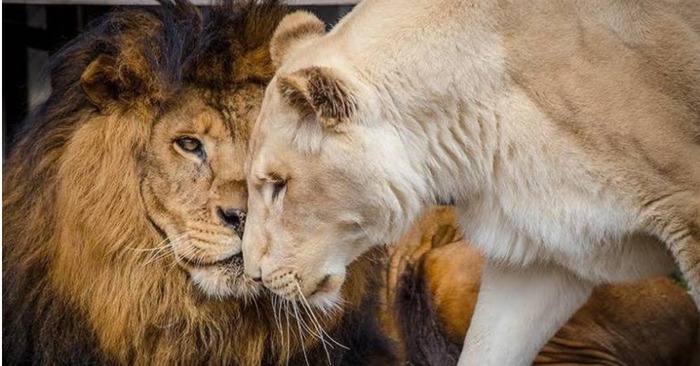 After getting rescued, the loving couple managed to fully recover

This adorable couple of a mighty and immense male lion and his loving white lioness are truly admirable together. 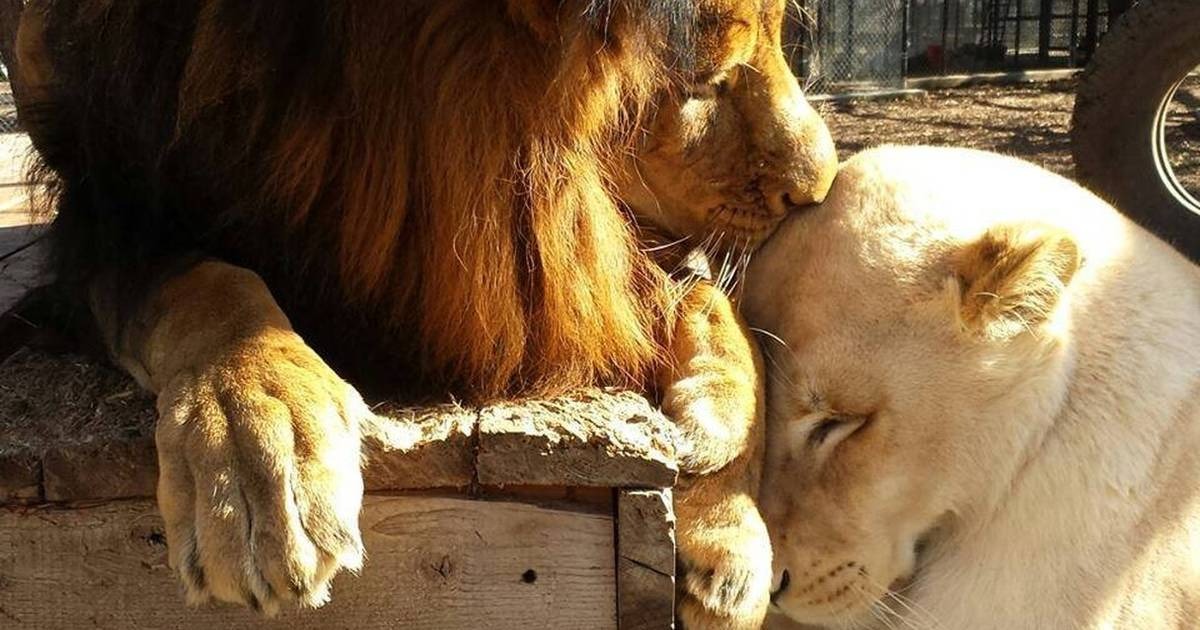 But they unfortunately had a tragic story behind. Before this lovely couple was finally rescued, they were heartlessly kept in slavery and were forced to survive in terrible condition. 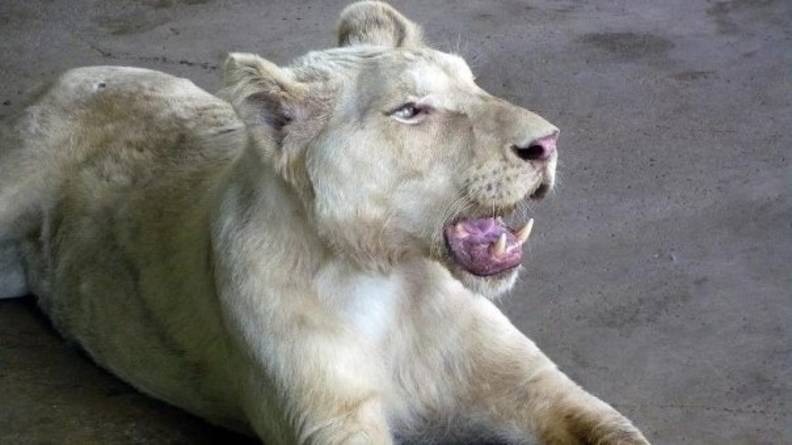 The male lion, after getting eventually released, managed to recover relatively quickly due to the excellent care he immediately received and the comfortable conditions he appeared in. But what concerns the poor female, her life was literally on the line. Her health was in an extremely bad condition and the situation was utterly hopeless. 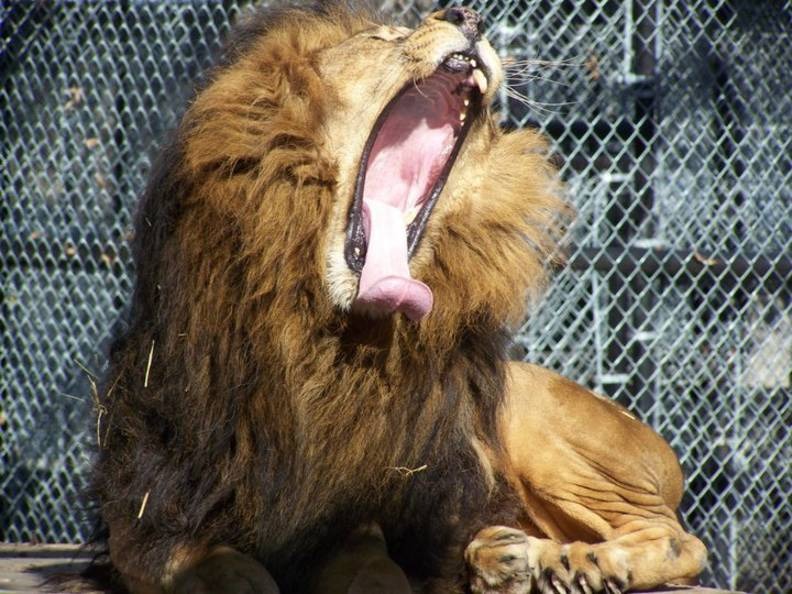 She couldn’t take a move or even stand. Whereas the vets and caretakers refused to give up on hoping for her precious life.

The worried crew did everything for her recovery and constantly took care of her. And all their efforts eventually paid off. 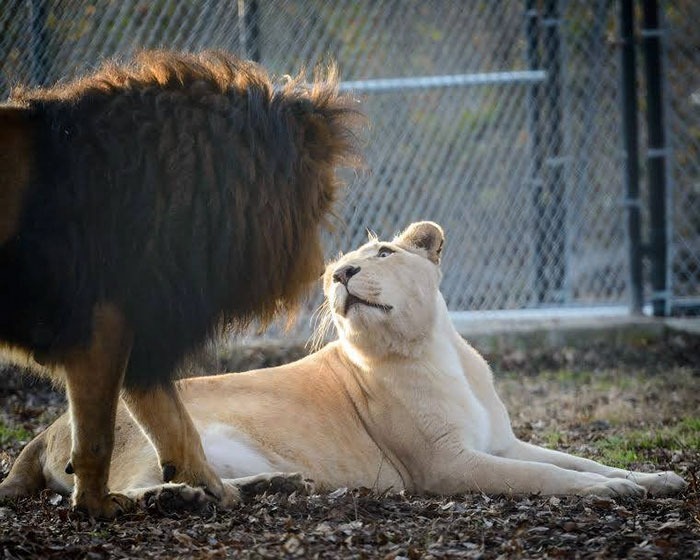 The lioness was gradually getting better and better and the crew decided to let the loving couple meet again. Once mercifully reuniting, the awesome pair shared affection and limitless tenderness towards each other. Their love recognized no borders. 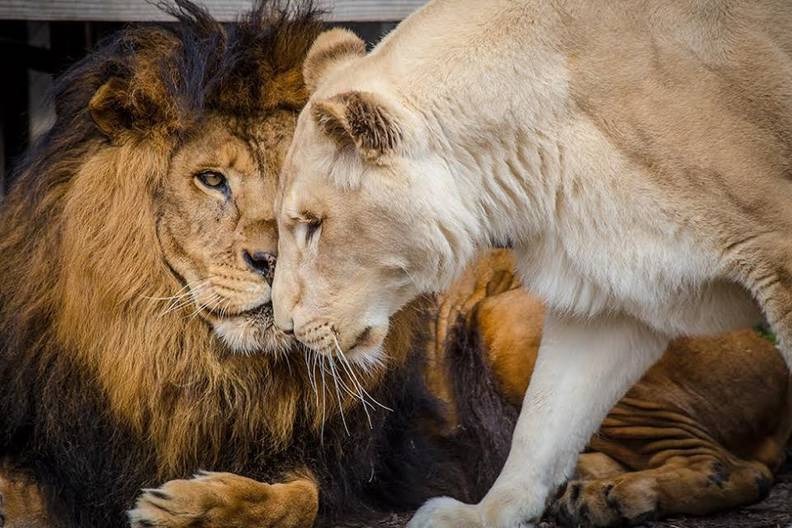 They were probably created for one another and are simply admirable. 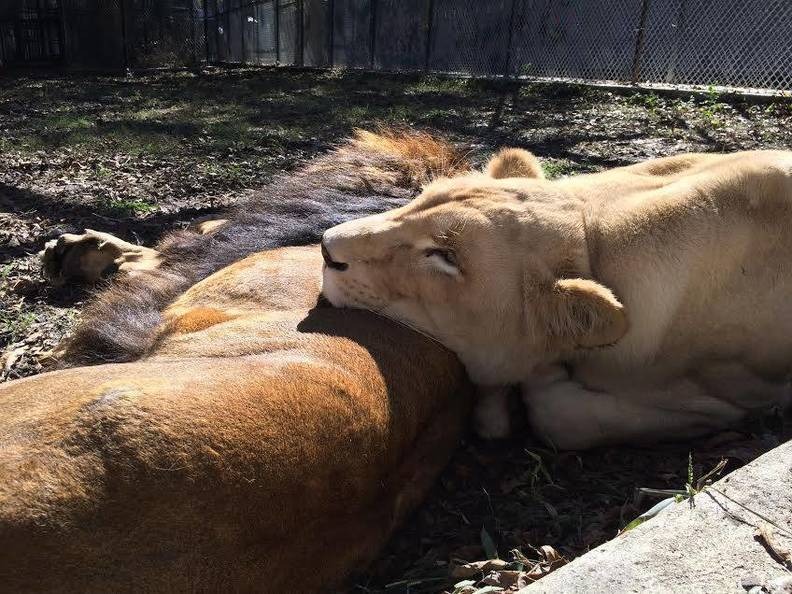