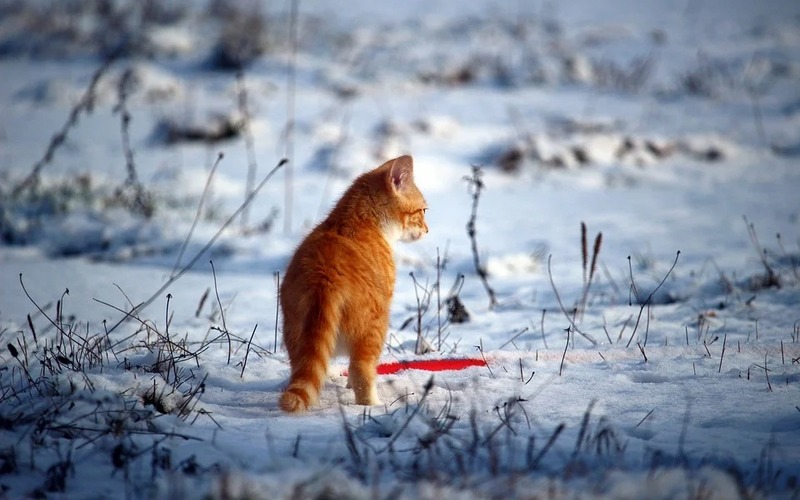 A funny game of snowballs! Touching meeting of Christina and her kitten

There was a real snow fight going on in the park. At leat a dozen students, excited by the passed session and the holidays, now remembered that they weren’t quite adults yet-and could well afford to fool around.

Parents, who walked with their children at that evening hour looked at such entertainment disapprovingly. But the children watched in fascination how these almost adults so deftly threw snowballs at each other, now and then hiding behind the trees.

The game wasn’t only watched by the people. A little ginger kitten hid behind a tree and closely watched these strange people. He didn’t really understand what they were doing, but he felt the atmosphere of fun. And even wanted to jain, just didn’t know where to start.

Christina also felt a little strange. She considered herself a “grey mouse” and in two years she almost didn’t get close to her classmates. Bit today, for some reason, she decided to join the party. It was just a good mood.

Half a minute ago Christina got a snowball in her nose. The hit wasn’t strong, but so unexpected that she even sat down in a snowdrift.

Christina turned around and saw that the “snowball” was of an unusual red colour and fluffy texture. This kitten couldn’t stand it and decided to join the game. He wisely chose Christina as a victim-others could step on him.

The kitten by this time jumped back and fluffed up, ready for a new attack. But then he found himself in Christina’s hands. He was about to start biting and scratching, but them he realized that he was being gently stroked on the hand. Unaccustomed to such caress, the kitten purred…

Christina went home, but not alone. The kitten, despite its colour was named Snowball. He didn’t seem to mind…