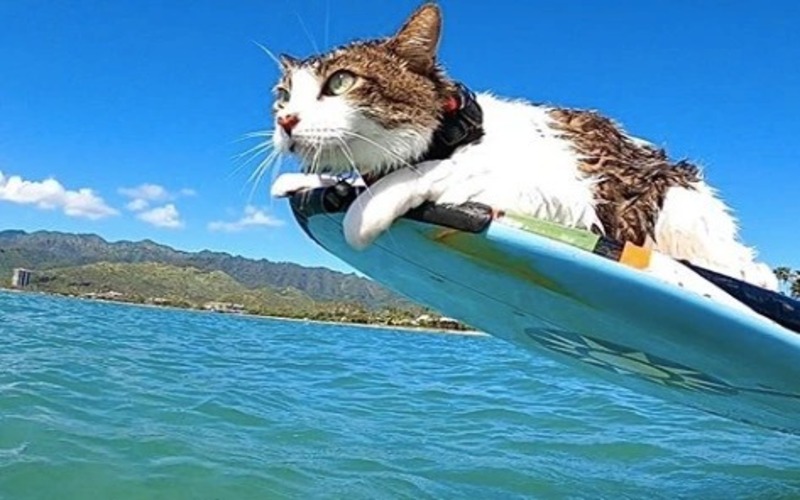 After being adopted by a family which saved him and gave a great love, the catty began to participate in their favourite activity which was surfing and swimming.

The first time when the adopters saw little Hokule’a, they thought that the cutie was very bashful. After taking him to their home they taught him everything they did, even swimming, which later became the favourite activity for the little swimmer. Even when they had a shower the funny catty wanted to be present. They took him with them when they went for walking, and, especially, the cutie liked to walk in the rainy weather.

The owners explain his great love of swimming by saying that he doesn’t like the mess and the noise of the city. He goes to the beach for having a rest.

Hokule’a is especially fond of sinking under the water.

At the same time he likes to swim on the surface of water.