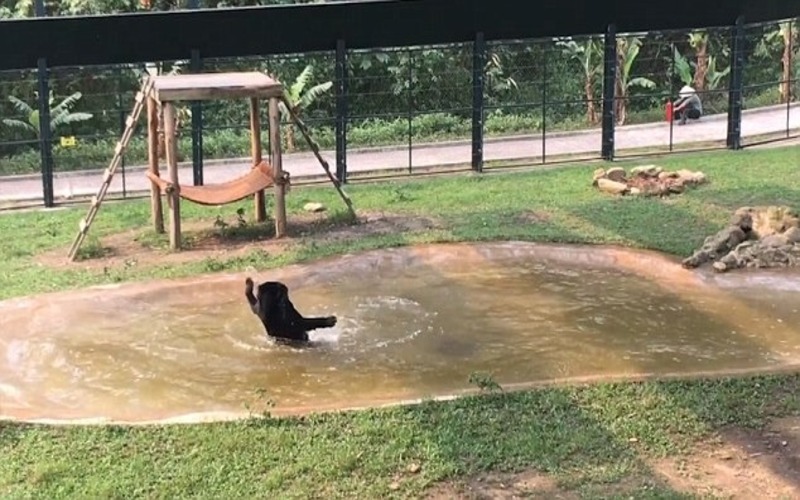 This charming bear, which spend many years in captivity, couldn’t hide his happiness after swimming for the first time in his life!

This moon bear had a challenging life. He had to spend over 9-years in cages. 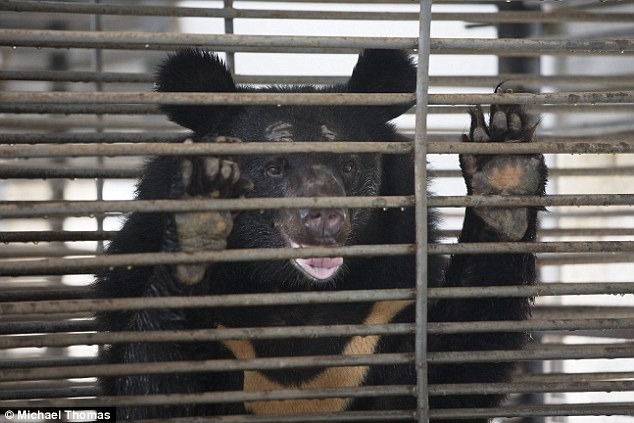 Delightedly, his torments came to an end thanks to some kind people.

Due to Hong-Kong charity, called Animals Asia Tuffy has a second chance to live.

The savers took Tuffy to a shelter in Vietnam. He felt so relaxed to be free! 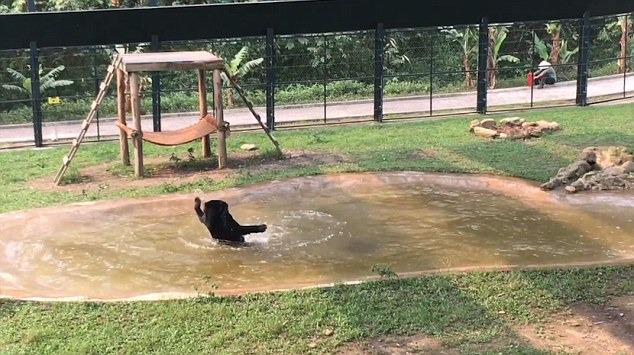 Volunteers took care of the animal, than introduced him to his new home.

The bear hadn’t enjoyed splashing in the water  and rescuers organized it for him. 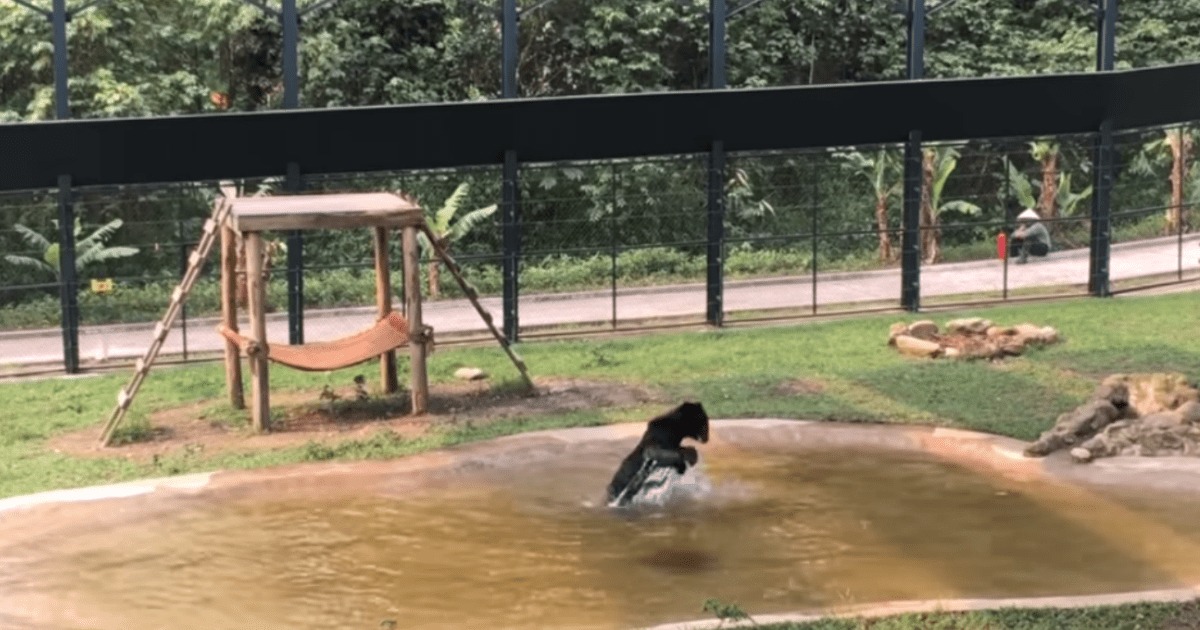 “After living without water for many years, it must seem his as an oasis”-it was written on the charity’s website.

It was an amazing moment to see Tuffy for the first time in the water. You can see satisfaction on his face:

The charity Animal Asia has saved almost 600 bears since 1998 and has two shelters, one in Vietnam and one in China.