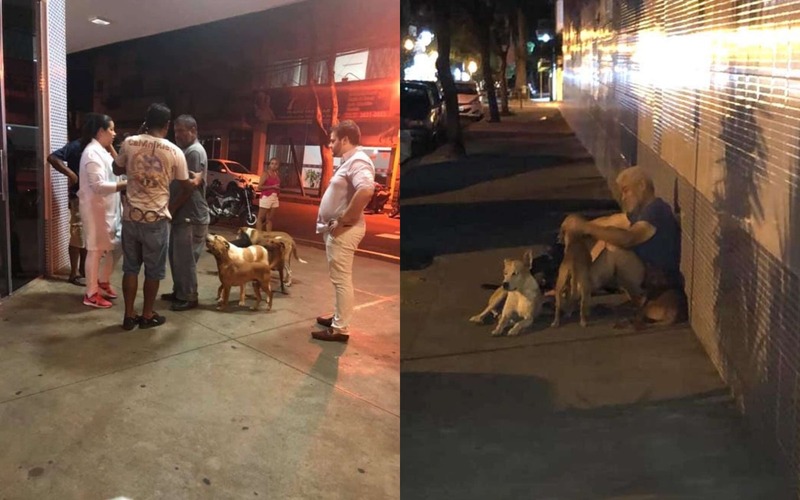 There are enough stories based on reality that certainly prove the loyalty and faithfulness of dogs. What is more, they are sometimes the only creatures accompanying some people filling their life with joy and happiness and not letting feel lonely and distressed. When this homeless man in a severely bad condition was taken to hospital, the doctors were absolutely sure there was nobody to take care of the man and offer the further assistance required for him. But they were, fortunately, mistaken. It was found out the man had the most devoted friends that wouldn’t let him alone whatever happens in the entire world – the stray dogs! They were patiently waiting for the man near the hospital and didn’t give up on hoping to see him again. The man had been living in the streets in Brazil for over twenty years. Yet he never felt lonely being side by side with the fluffy friends who were literally the only ones who were there even in the most difficult and extreme situations. And this time the poor man suffered a stroke. He was taken to hospital once some strangers noticed him suffering. They suspected there was something really serious and immediately called for an ambulance. The faithful dogs didn’t leave their owner even for a minute. 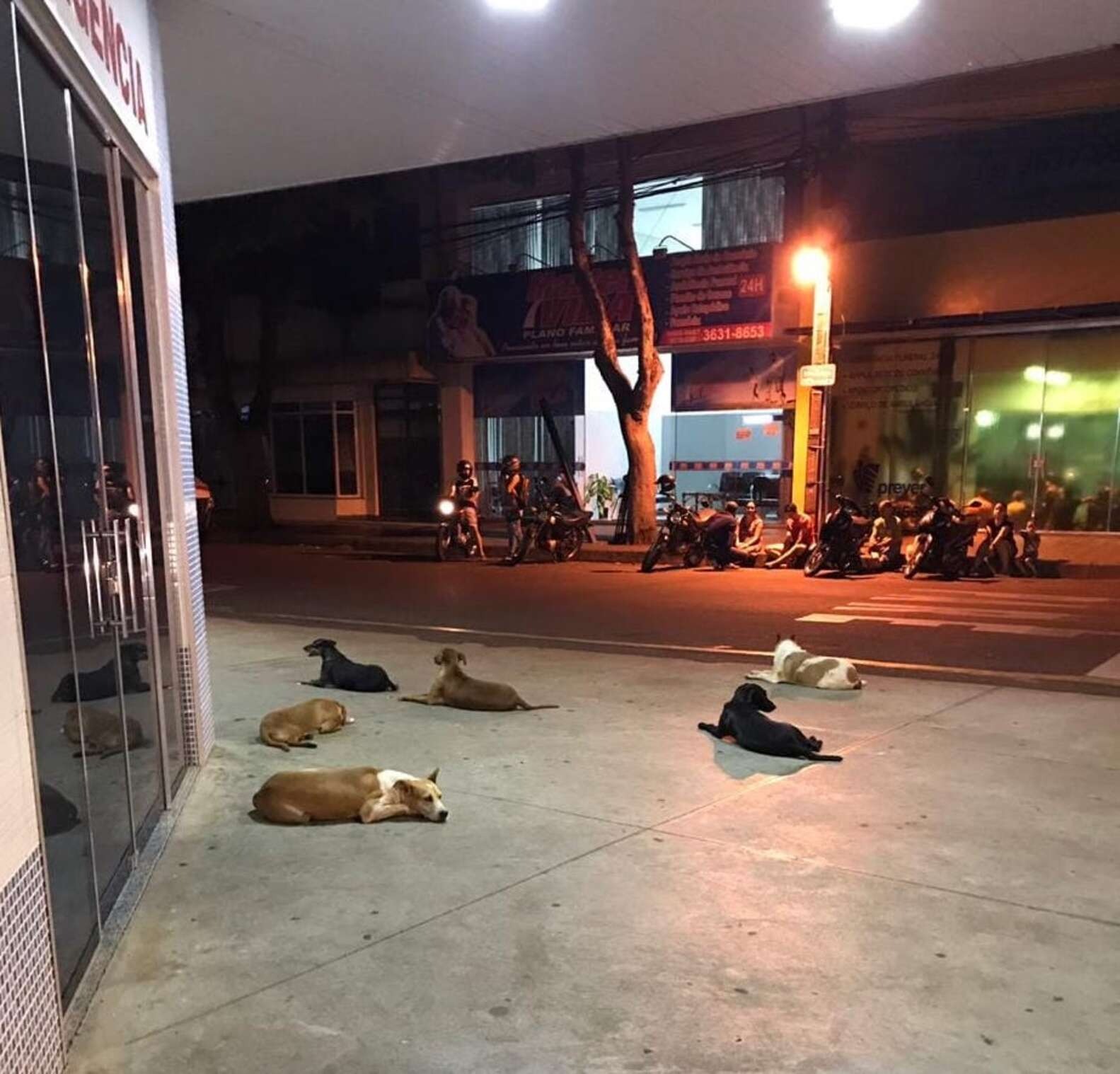 While the man was being taken to hospital, the dogs were following the ambulance machine and then laid on the ground in front of the building and were willing to wait for the man. The moving moment was captured on camera and shared with thousands of viewers. The doctors were even obliged to call some volunteers to take the stray dogs away but their plan didn’t work as the dogs were stubbornly eager to wait until the end. 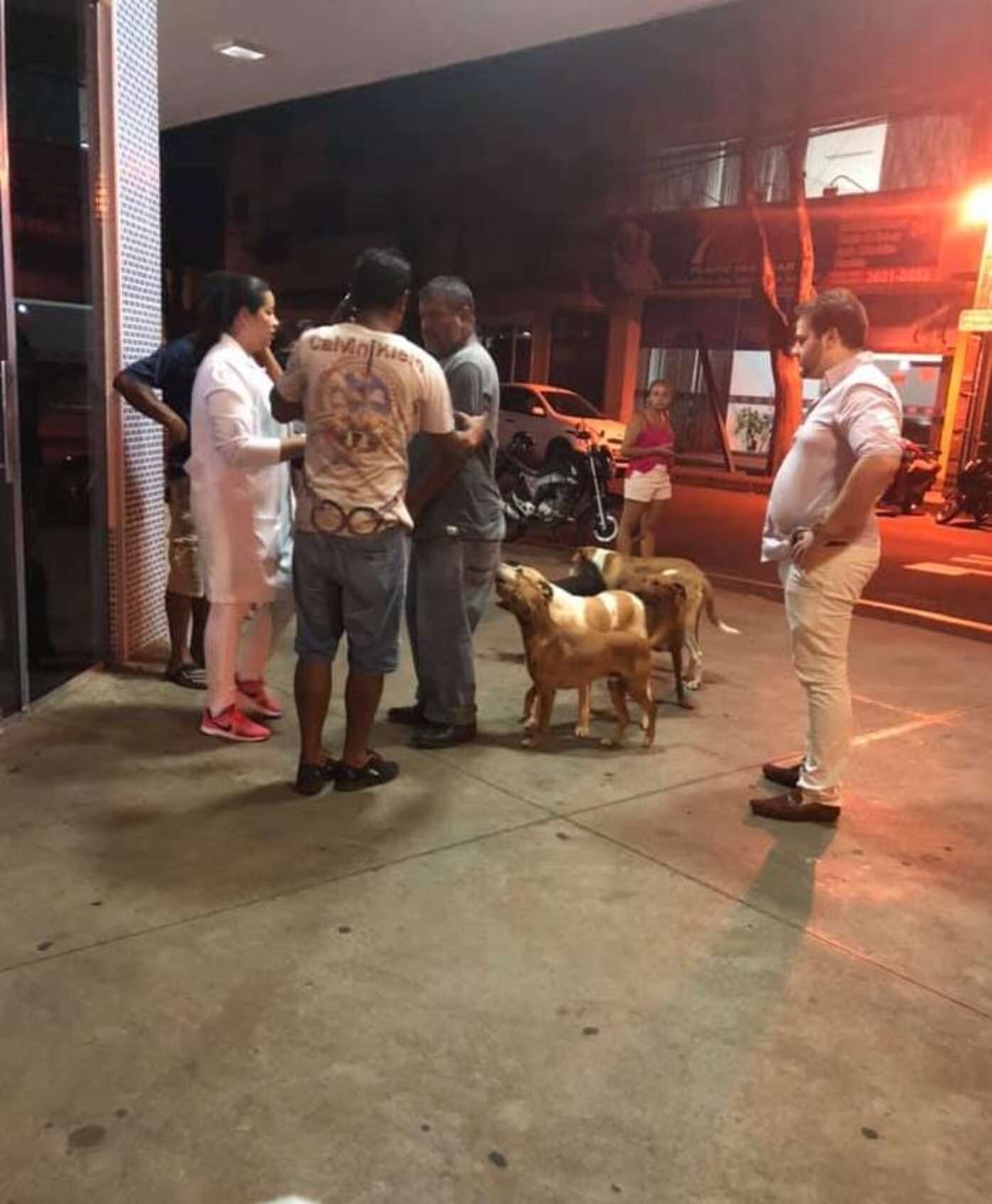 The next day the man was already in a good physical condition and was able to look after himself. Misfortunately, he got out from another door of the hospital without having any idea his loyal companions were still there. The man left the hospital while the dogs were desperately waiting for him. Later on, the volunteers fetched the homeless man to his dogs. 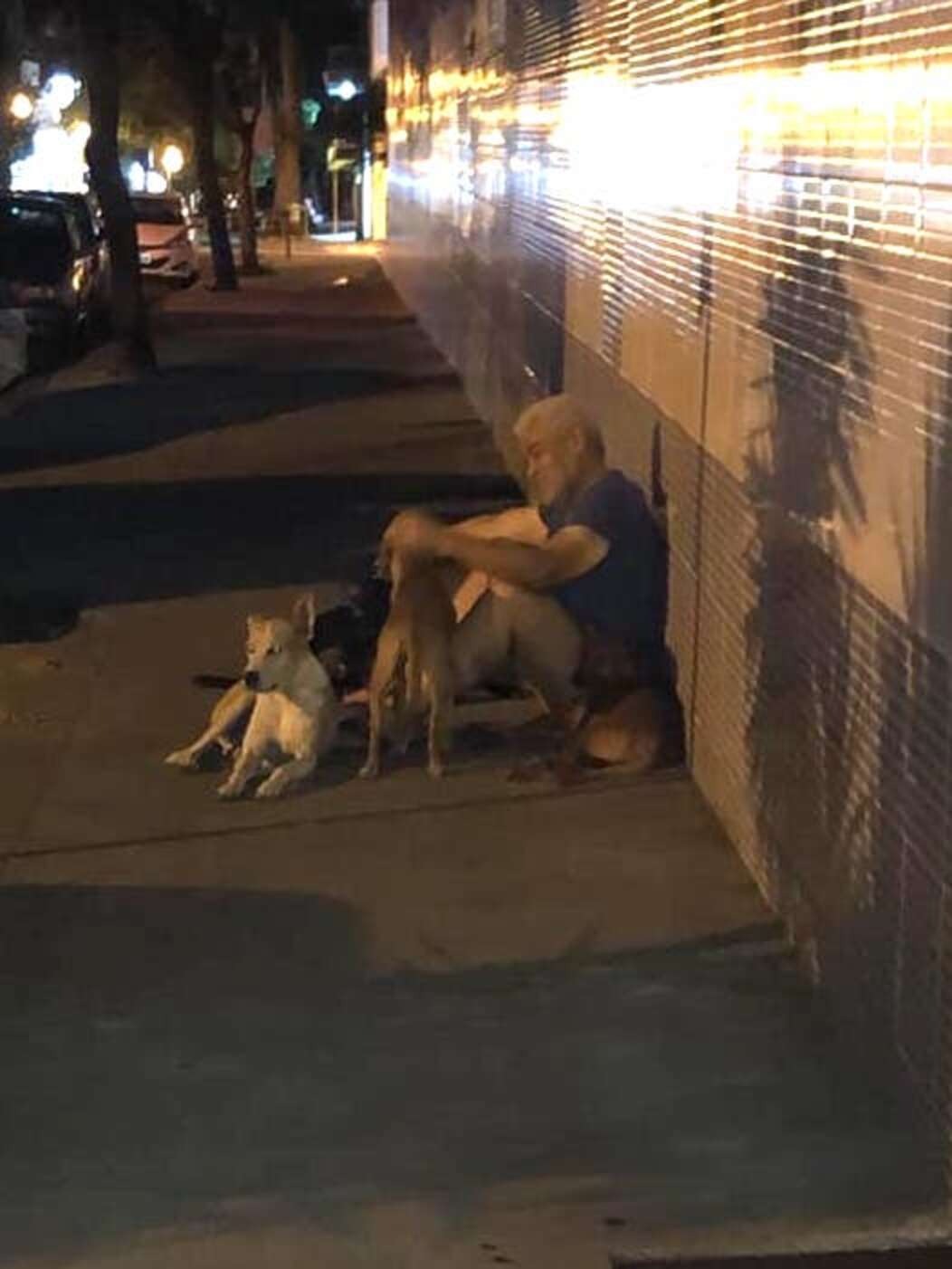