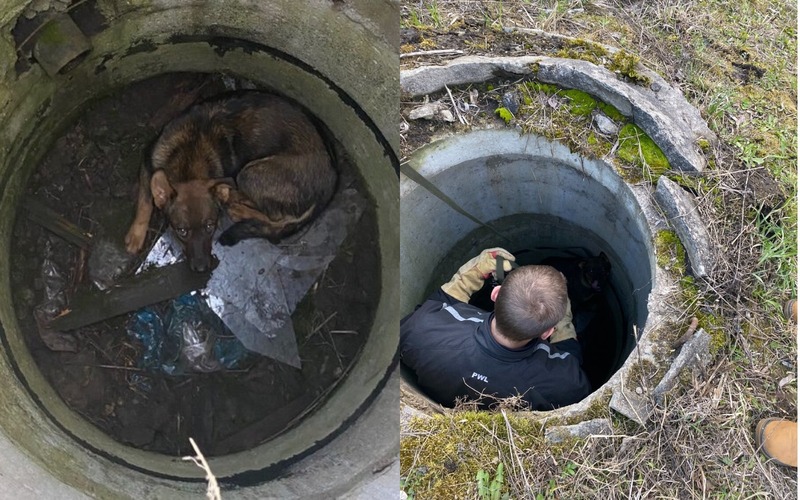 A married couple who have been helping homeless animals for many years were once told by phone that there was a dog who is whining in one of the manholes.  The well was open and the dog accidentally fell into it but then he couldn’t get out on his own. 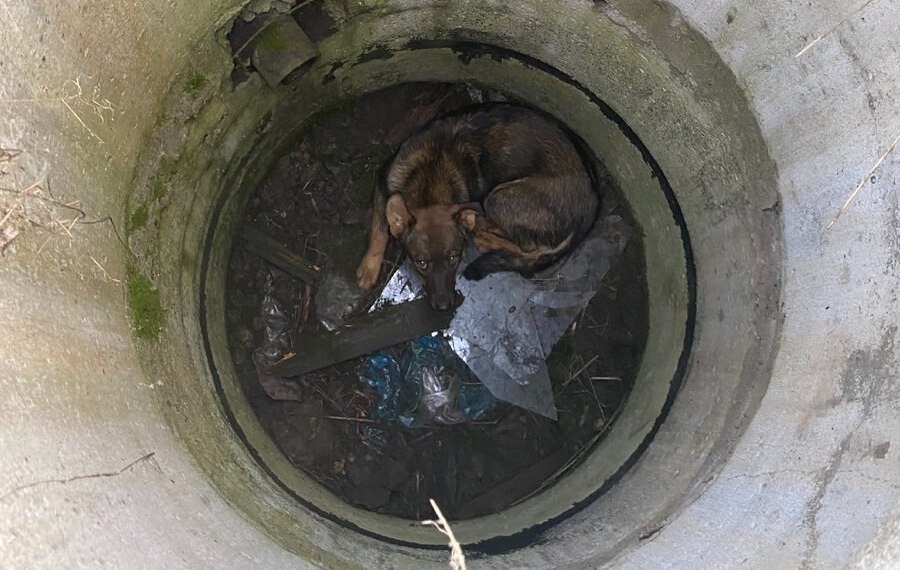 And this poor creature was sitting there periodically barking trying to attract the attention of people in this way.  Some of the passers-by couldn’t pass by the doggy indifferently and called the volunteers. 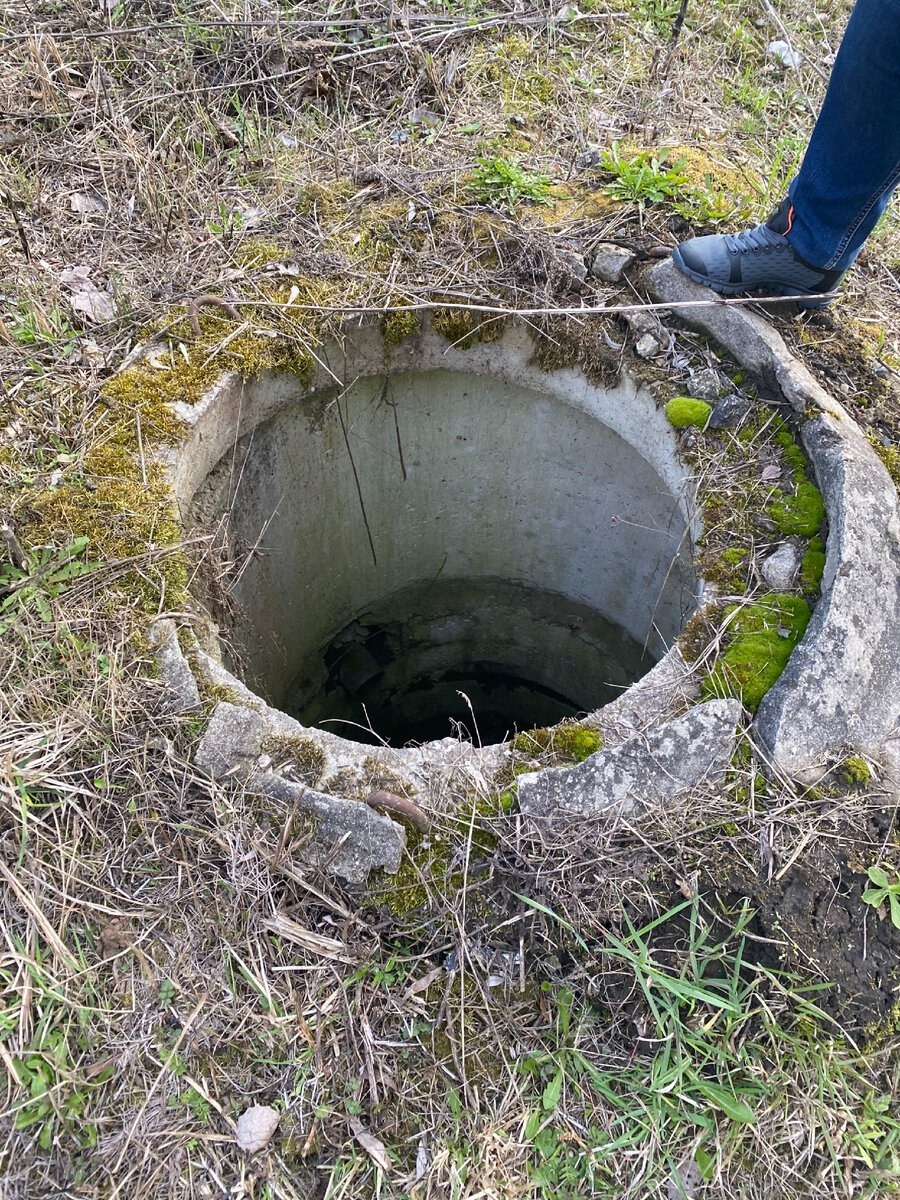 The caring couple arrived half an hour later.  The man put on the leggings and began to descend into the well.  The dog turned out to be wild and tried to bite him but the volunteer was trained to communicate with such animals and began to calm the dog with conversations. 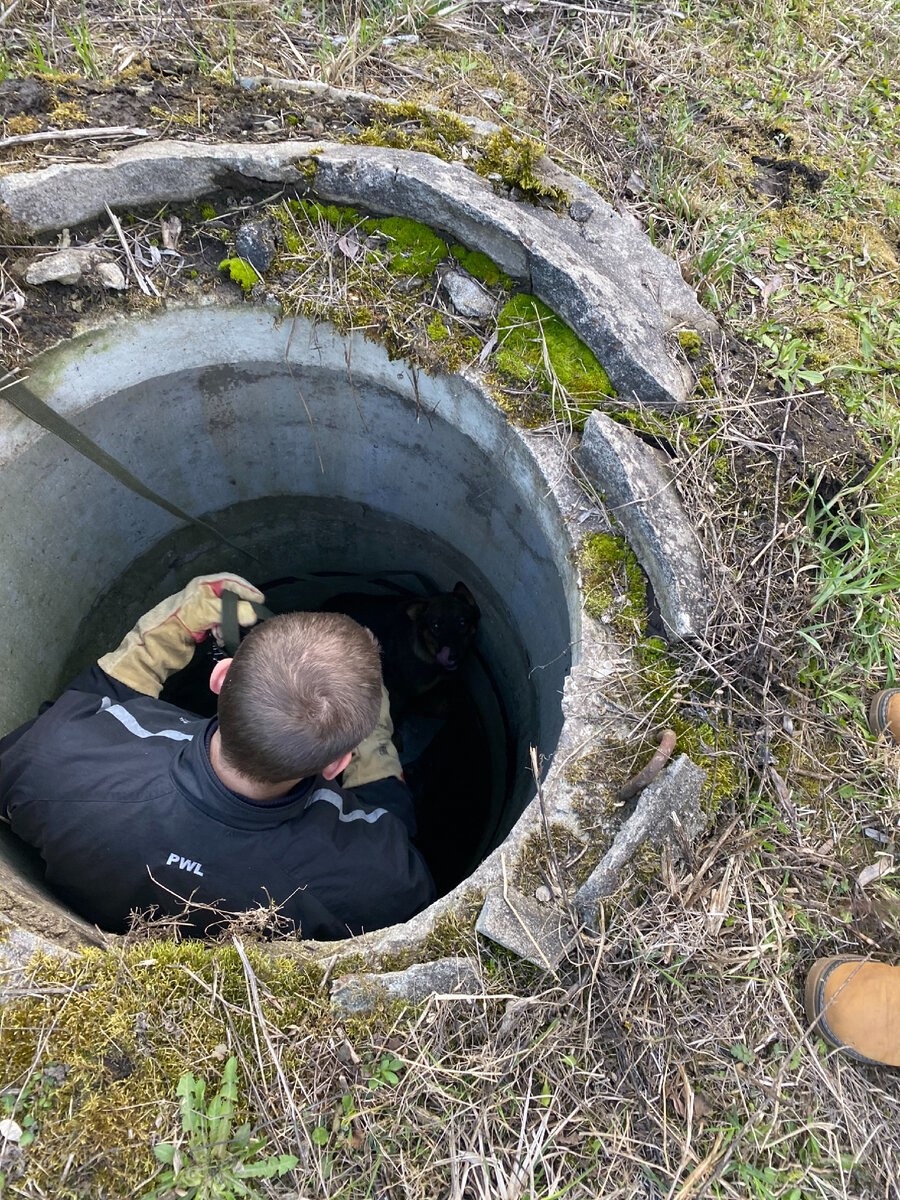 The wife helped her husband in every possible way holding the leashes so that the dog couldn’t even move.  Taking advantage of the dog’s immobility the caring man managed to fix the poor fellow so that he was lifted upstairs. 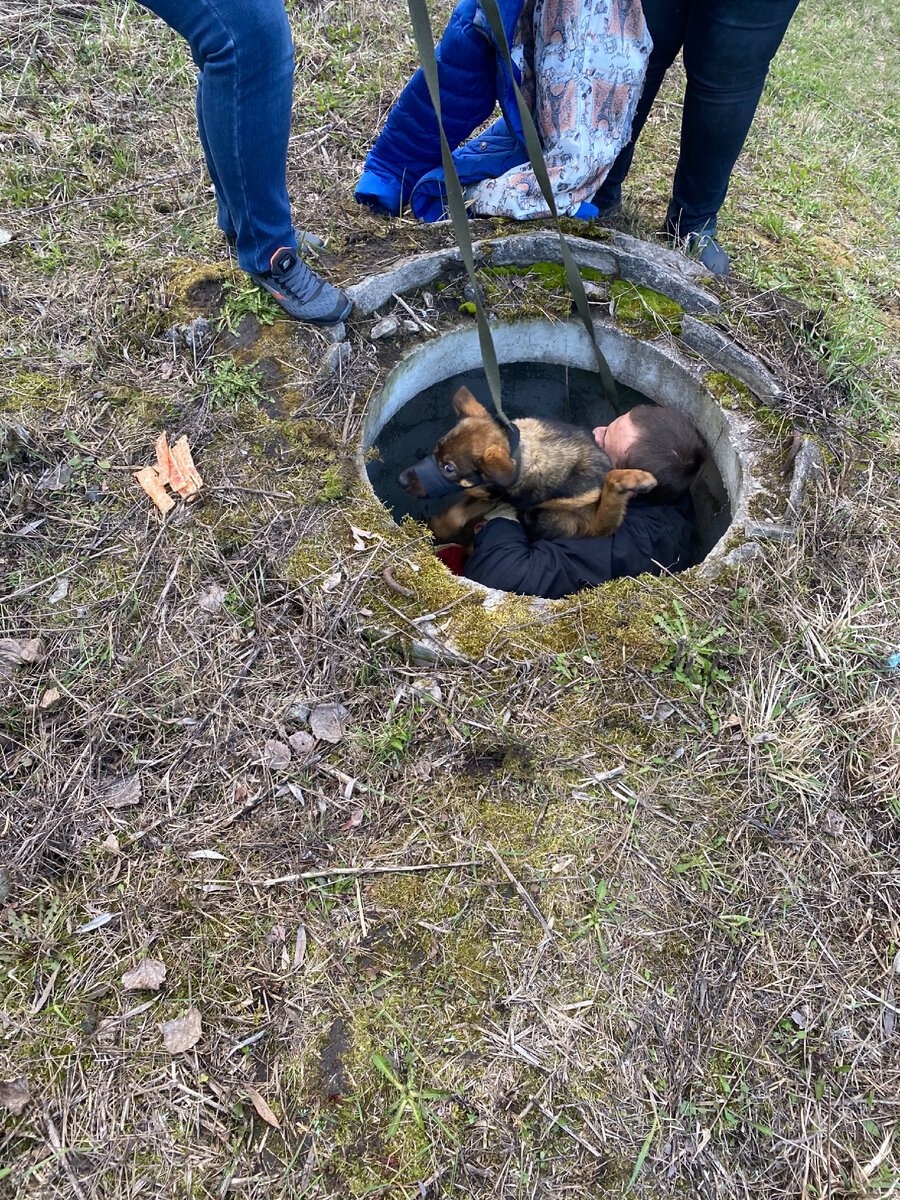 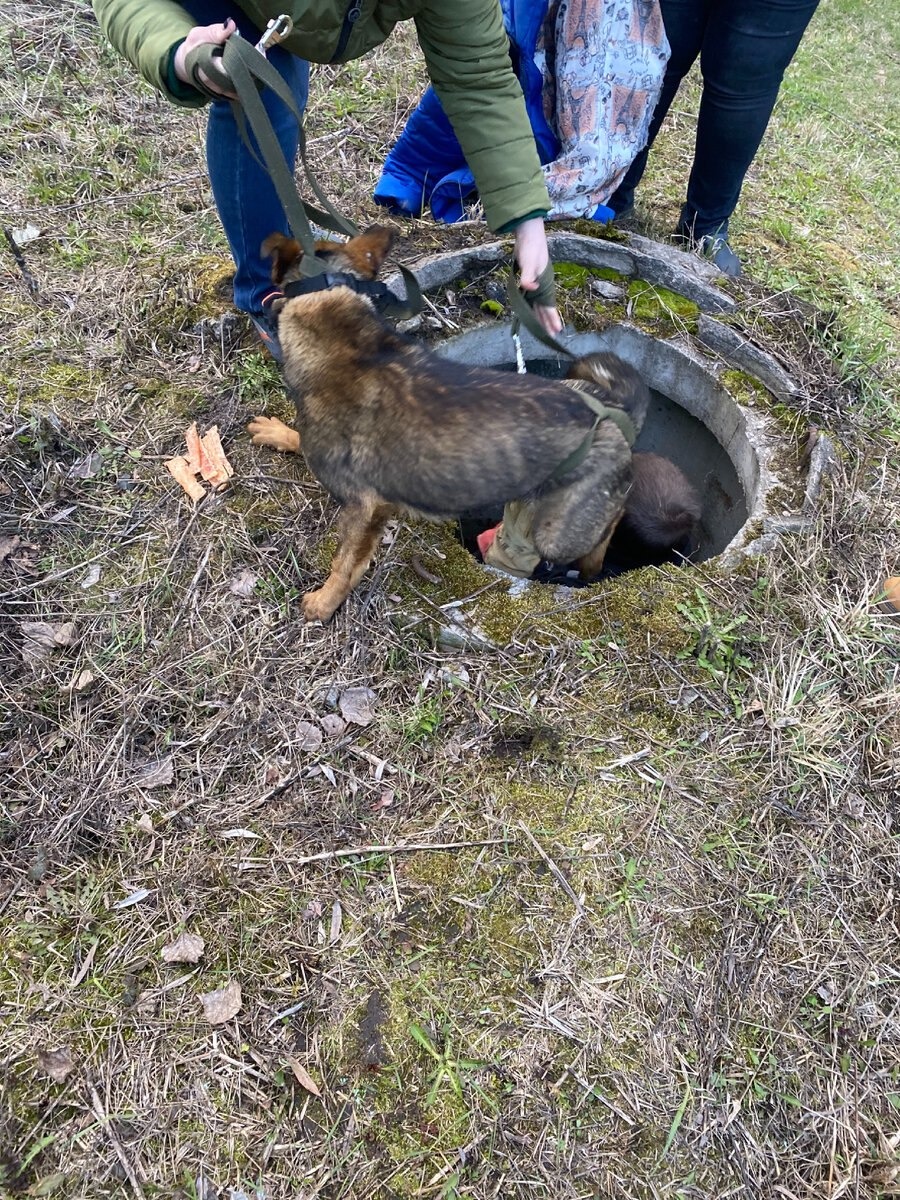 Of course, he was frightened and he was so lucky that he was free again.  And so, thanks to a kind and caring married couple the doggy was released from captivity.