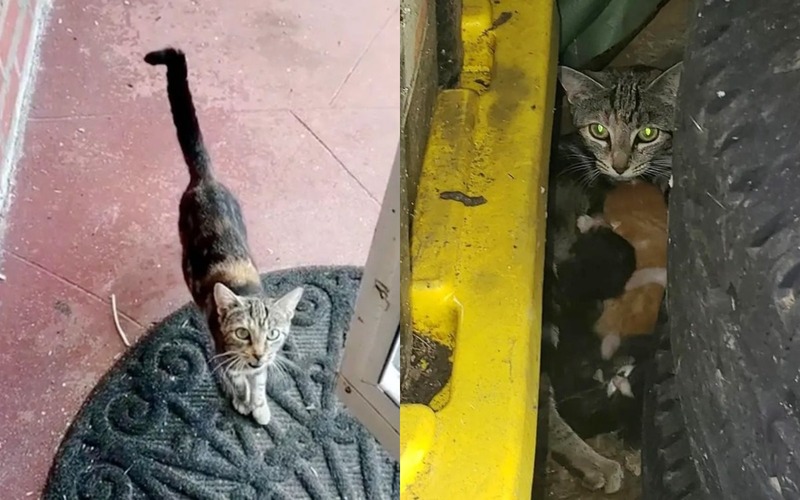 In New York, a woman works as a volunteer dealing with the issue of wandering cats and does everything possible in order to save them. One day, she decided to take one of those cats with her and then realized another one was deliberately following her. Once she was at home, she heard a cat mewing and stubbornly asking for food.  She ironically assures that any other wandering cat can easily find its shelter in her house. The cat looked unhealthy and indisposed. It didn’t let the woman approach and started to eat as soon as she left. After a while, the woman accidentally found out that the cat had a rounded stomach and suspected it was pregnant. Suddenly, the cat disappeared which made the woman worried. 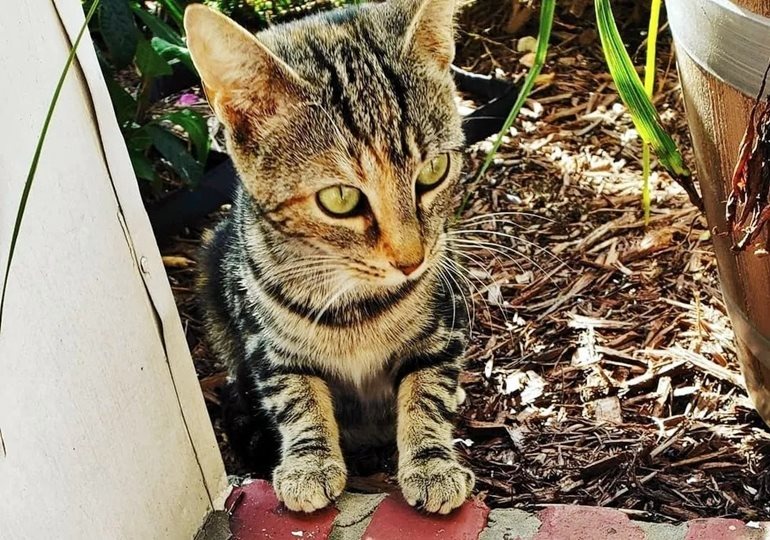 Next day, the cat came with a flat stomach and started to ask for food again as though nothing happened. It was obvious that the cat had already given birth to its kittens and the woman perceived they needed a more comfortable and secure shelter. 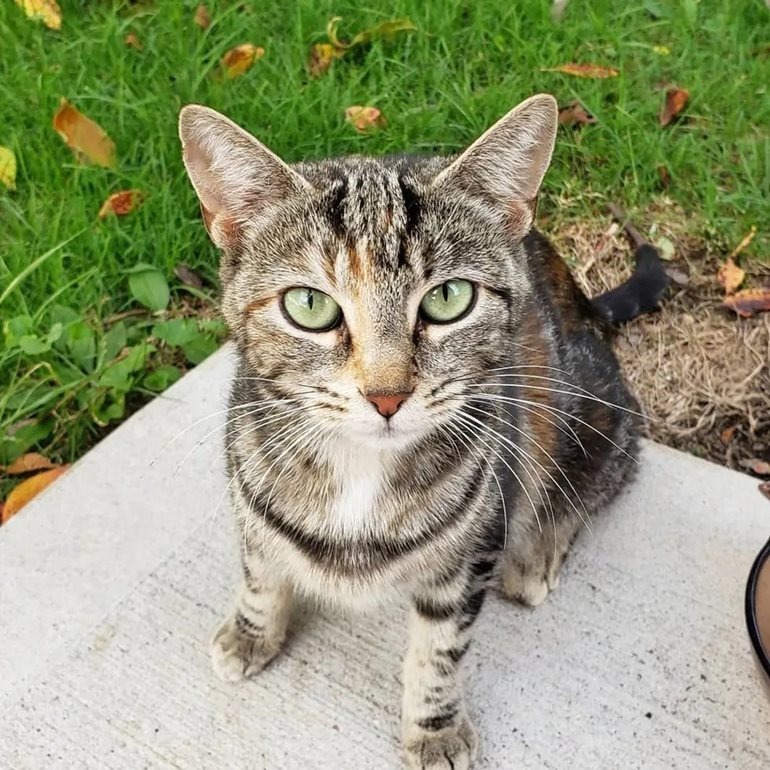 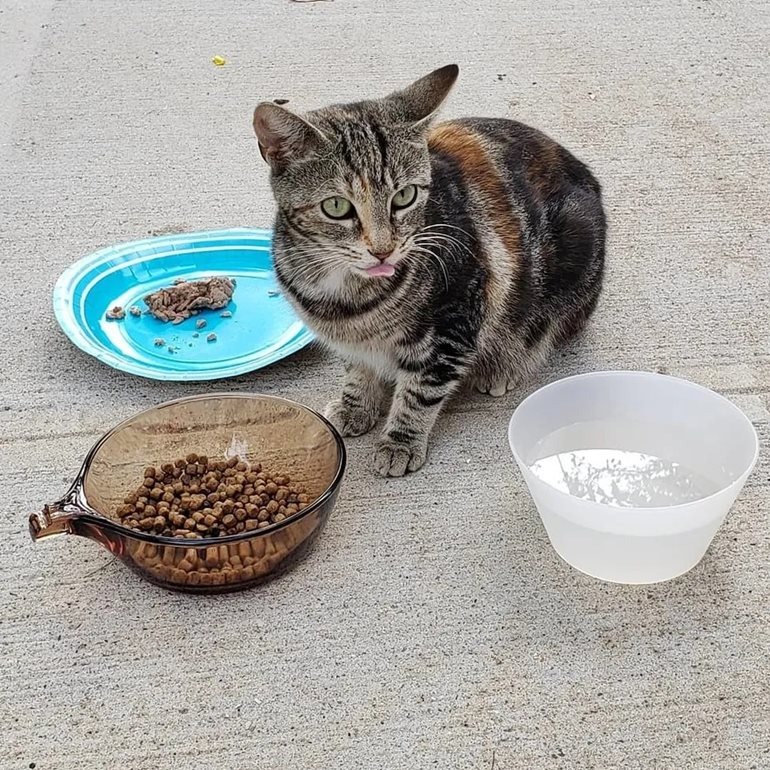 The woman had to find ways of gaining cat’s trust and obtaining an opportunity to protect newborn kittens. Gradually, her plan worked and the cat started to get used to her and deliberately come when needed. Eventually, the cat led her to the secret place where the four kittens were hidden. 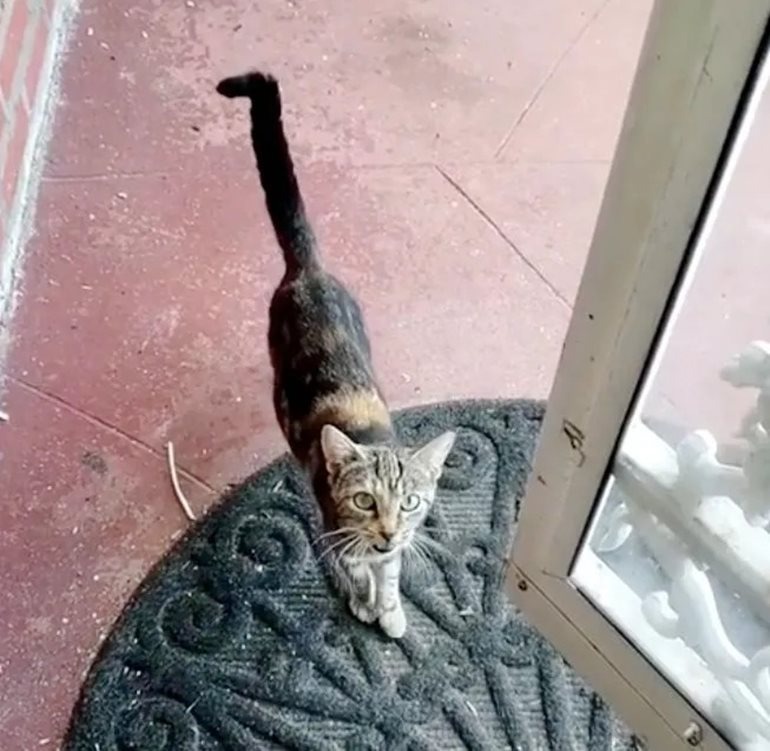 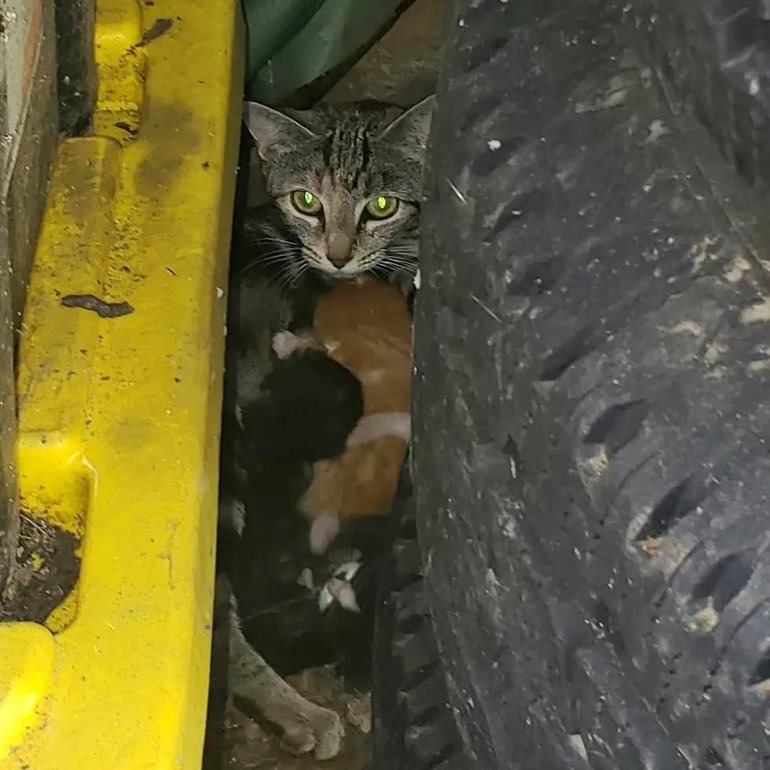 She also discovered that the cat left the kittens alone only when it came to the woman for food. 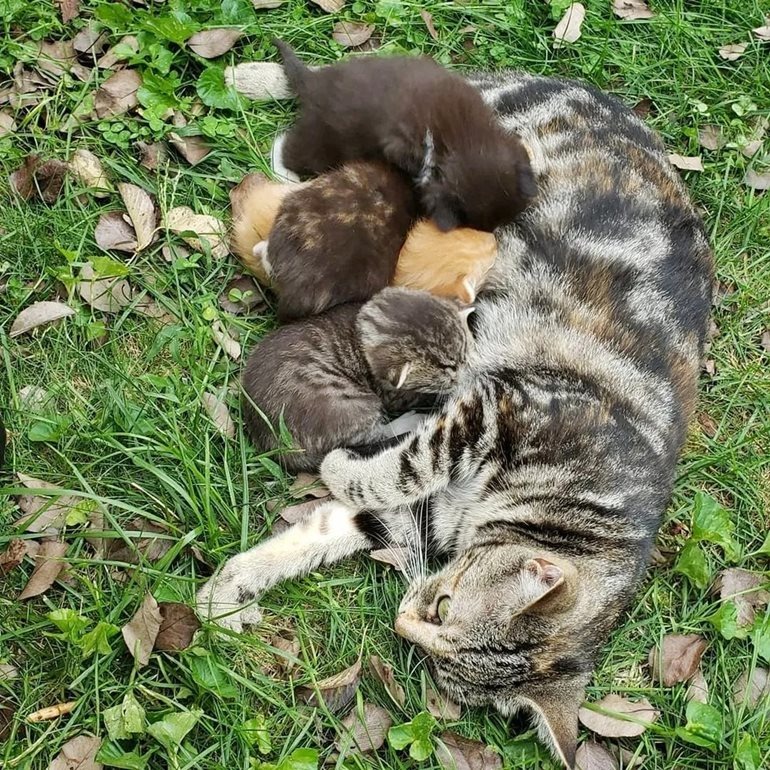 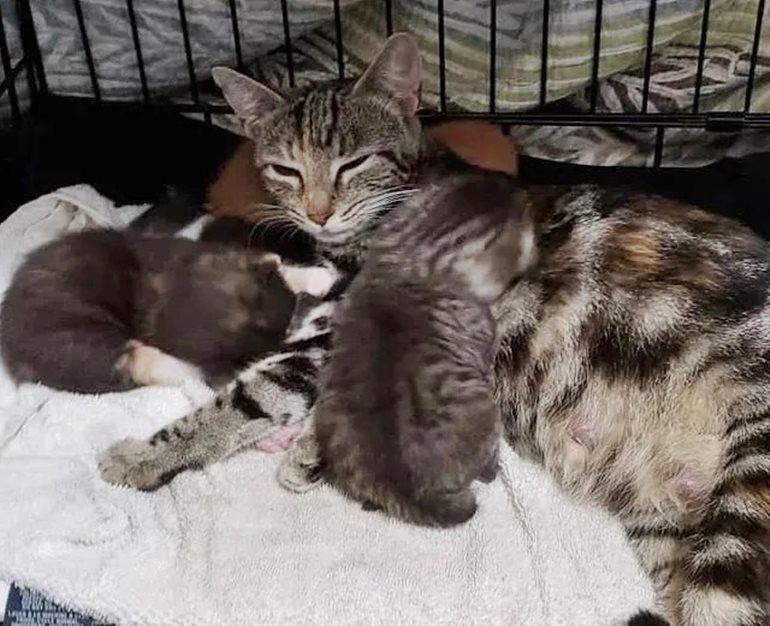 Day by day, the cat learnt not to fear of coming closer to the woman. But when the kittens grew, the mother cat intended to take them into a new shelter where they felt most comfort and protection and quickly got used to the new place. 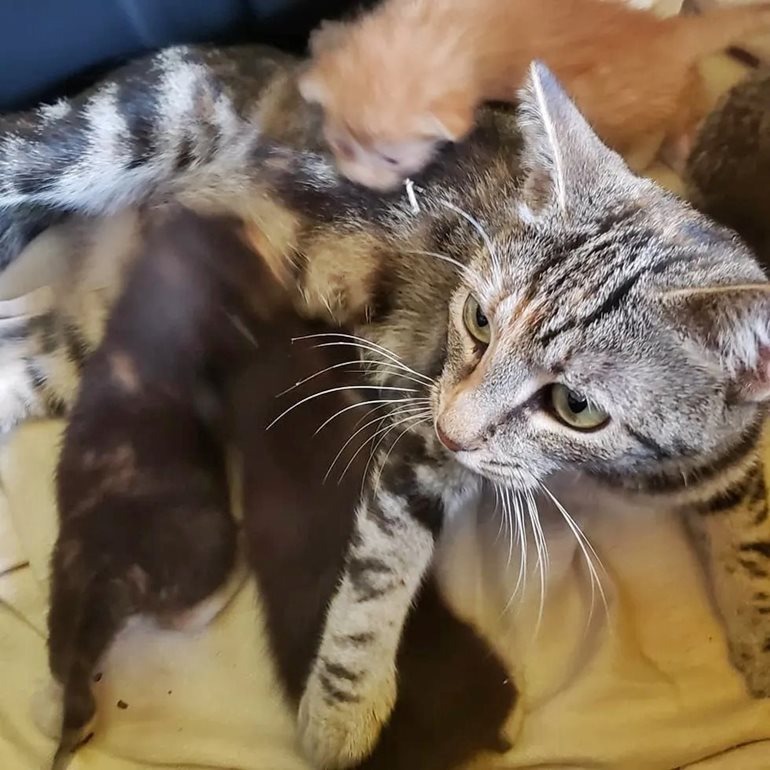 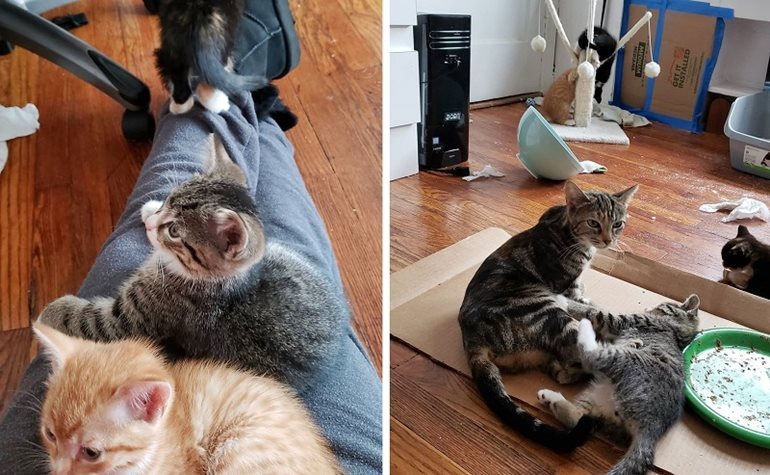 Due to her, they now obtained a bed with sufficient amount of food and water until the woman manages to find a good owner for them.