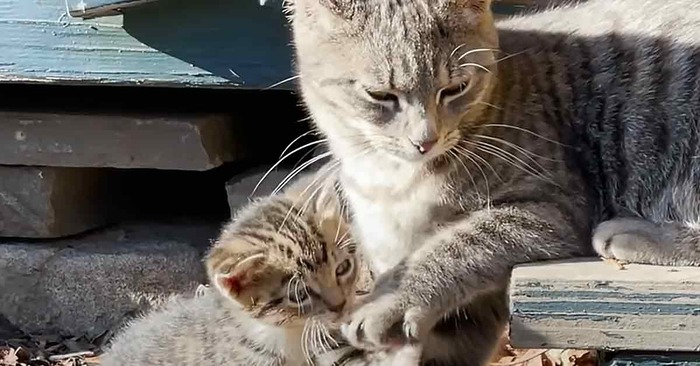 This rejected homeless cat strongly fears of humans and some things that appear to be bigger than her. But suddenly, she managed to find a caring family who helped her restore her belief in humanity and stop being very afraid of them. 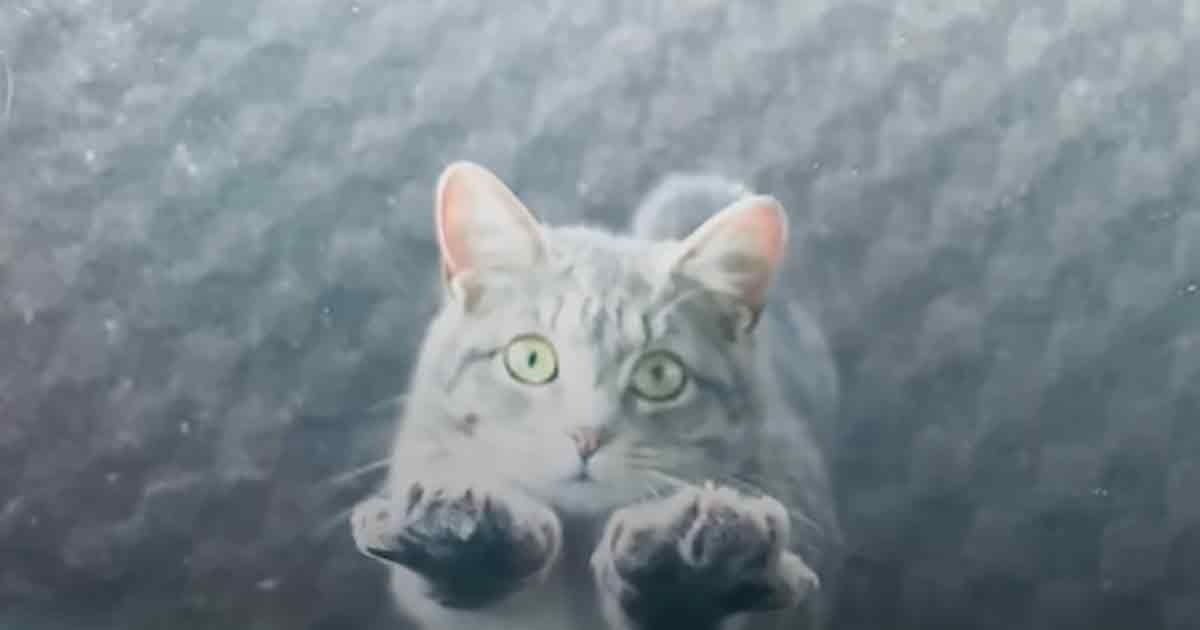 Finn and her family were residents in one rural area and once they spotted the cat they realized that life could be cruel and tough towards the stray creature and it was essential to treat her very carefully. They regularly fed her and after a while the cat regained trust in humans. Yet she still didn’t allow anyone to touch or pet her. 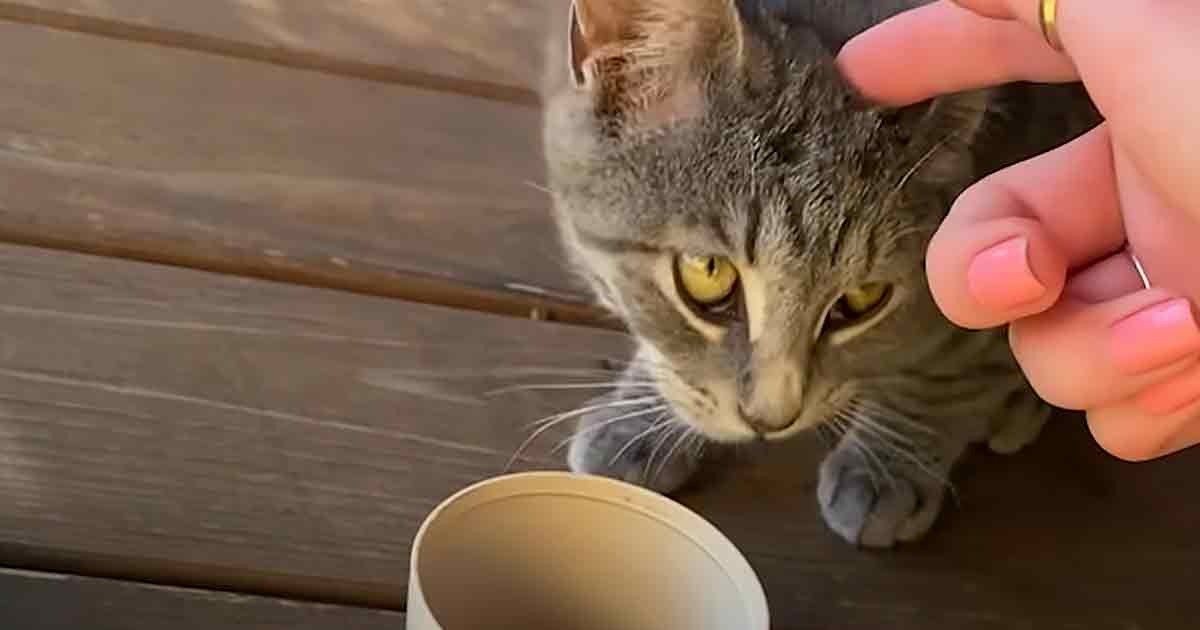 Before long, it became clear for the family that the cat was pregnant and as the winter was already on its way they decided to take the cat inside. 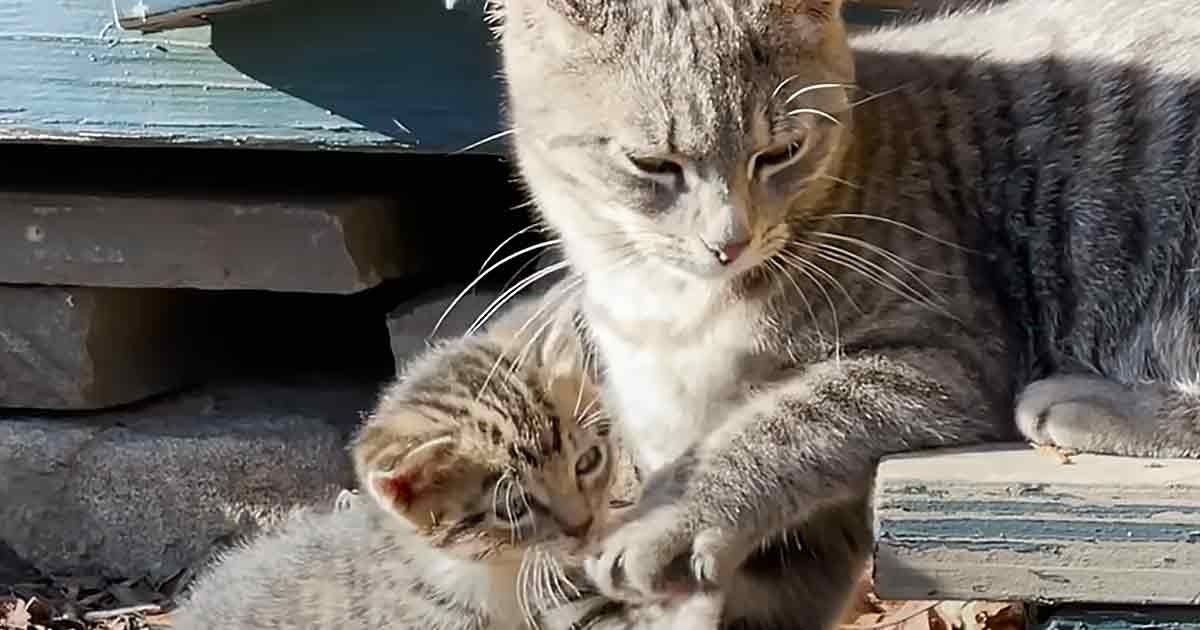 Then the pregnant cat suddenly disappeared and the family got very concerned. And when she eventually returned and asked for some food they decided to follow her to know where she was heading to. And as it was found out the mama cat was trying to hide her newborn kittens under the porch.

In several days the kittens were spotted playing with their caring mom and the family determined to foster them.