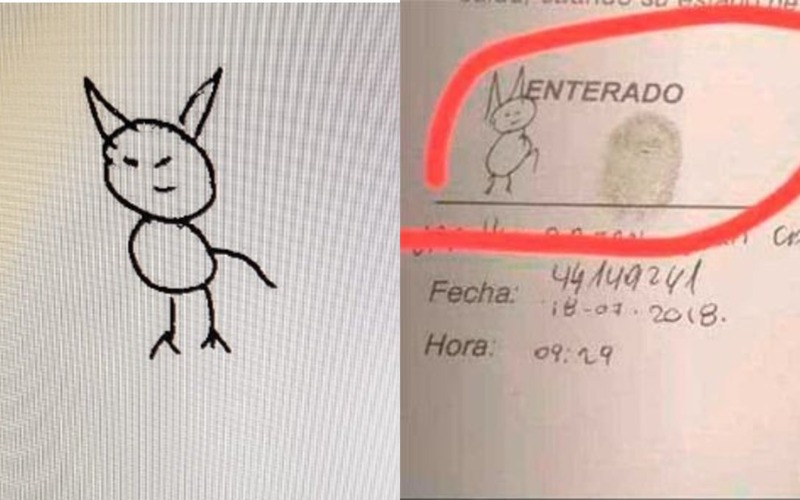 In the town of Uraimi the police arrested several people accusing them of hiding some weapons. When they took them to the police station they were to sign and one of arrested men, instead of leaving his signature on the paper, drew a small kitten. He was ordered not to joke in the police station and be serious but he showed his other documents and there was the same “signature”.

This 31-year-old resident seriously signed drawing a picture of a kitten. Right, this is a kitten, not what you thought! He purposely draws it in such a primitive, simple and childish way. He has used this unique and extremely unusual signature since he was 16, the year when he got his first passport. 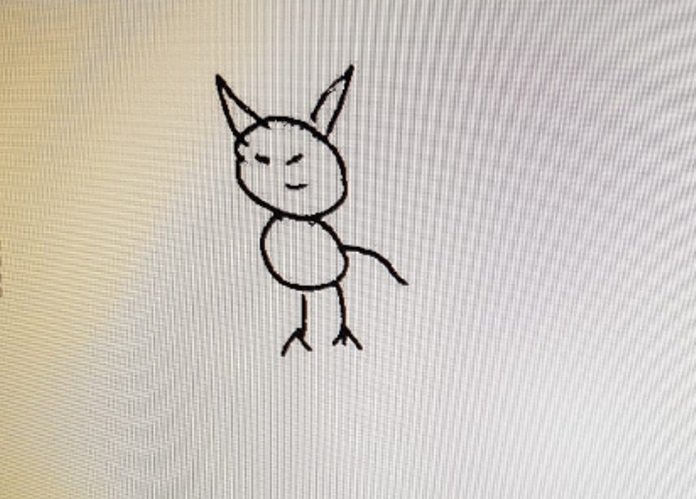 The police officers who arrested him accepted this option as people in such remote provinces hardly had calligraphical signature. They could imagine seeing a simple cross, a line or a letter, but a kitten? This made them laugh and the rushed to share story on the internet. 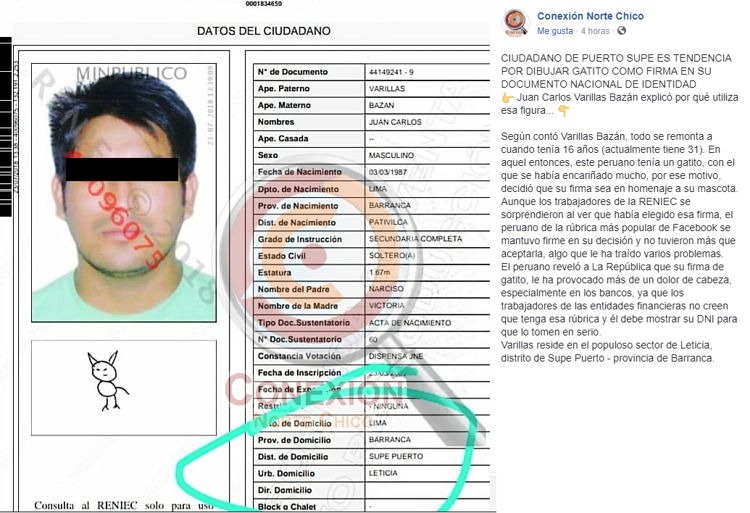 But why a kitten? Everything is clear- once, the young man had a kitten whom he sincerely loved and took care of, but the kitten tragically passed away. Since then he decided to use such a signature not to ever forget about his kitten. What is more, he didn’t study well at school so it was much easier for him to draw a kitten than to have a complicated signature.