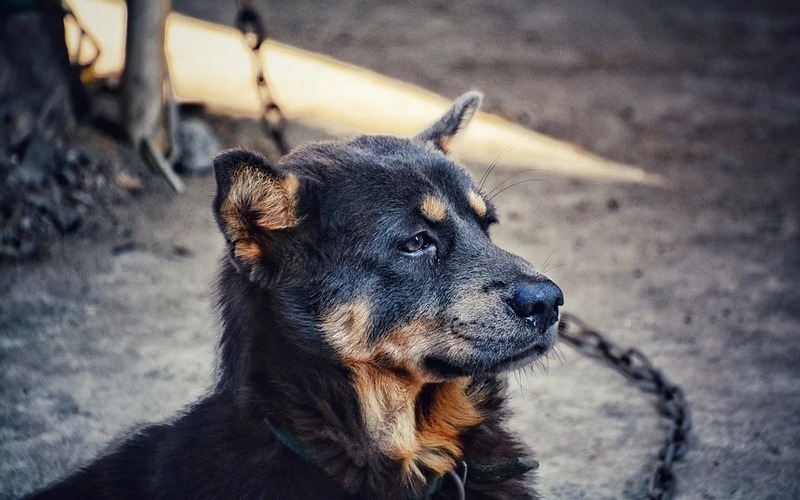 A terrible life of a guy, who opened a new page with his dog

Tatyana Anatolevna looked at the future tenant with suspicion. She first decided to rent two rooms in the house. She thought, that a woman about her age would shoot them. Last but not least a student. And here is a two-meter guy and even with a mongrel on a leash.

Both the young man and the dog looked somehow shabby. The guy, who introduced himself as Oleg was in a clean, but some kind of shabby jacket and battered jeans. The dog was old and somehow dreary. Somehow involuntarily think about their solvency.

After a couple of days Tatyana Anatolevna began to realise, that she was lucky with the guest. Oleg pain immediately for two months in advance. Then he repaired an old booth, that stood in the yard. Neither he nor Jack gave the owner the slightest trouble. The young man left early in the morning, arrived late in the evening, went to his place almost on tiptoes. He wasn’t talkative.

The dog was also slowly getting used to it. At first he spent whole days dejectedly looking at someone else’s yard. The only joy for him was the moment when Oleg returned in the evenings. The dog immediately began to tear, squeal with joy. Gradually the dog got used to Tatyana Anatolevna too-and the old woman came up to stroke Jack without fear.

The first frank conversation between the owner and the guest took place about a month later. Tatyana Anatolevna invited Oleg to dinner, uncorked a bottle of homemade cherries-however the guy never touched it. But the pensioner after a couple of glasses, began to question.

How did this happen, that you and your dog are toiling around in rented huts? The doggy is old. What happened to the owners?

– It happened. Only twenty years ago. They began to drink in a terrible way. I’m surprised my first word wasn’t vodka. From childhood I saw screams and swearing, then another feast. And when I was seven years old, we got Jack. So I hid from all in his booth. I read Mark Twain to him aloud. And from the age of ten, all the care of Jack fell on me.

Oleg stopped, swallowed the lump stuck in his throat, then continued.

I grew up and learned a little. I decided to get out of this place, got a job as a loader. I earned some money and started looking for a place to live. This is how we ended up in your doorstep.

Tatyana Anatolevna sighed. She didn’t want to ask any more questions. Only since then somehow more reverently treated this silently gloomy guy and his elderly dog…