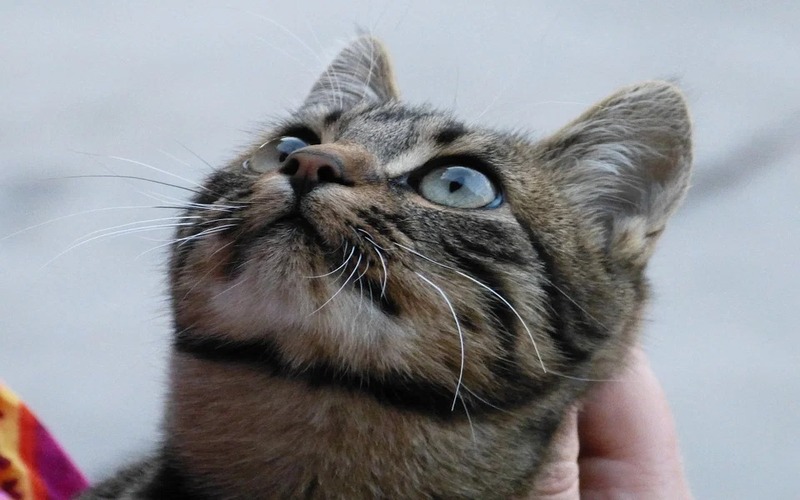 Asya the catty has always been a creature who adored freedom and active lifestyle since early childhood.  What’s more surprising is that the cutie liked spending most of his time outdoors not indoors as most of the cats love to do.  She also chased beautiful and colorful butterflies and birds and she even drove the watchdog out of his cabin so that she could sleep there herself.

Despite the fact that the kind owners didn’t really mind this naughty creature’s behavior they took up some “security measures”.

Asya the catty also used to disappear for a few days and then return home but during one winter when she again disappeared that seem to last very long and the owners started to worry.

But a few days later Asya the cutie was on the doorstep. The hostess was so happy that she didn’t at once notice that Asya had something in her teeth and when she noticed she thought that there was a mouse, a bird or maybe a sheet of paper. But then she understood that it was a little kitten.

The fact that the cutie pie could have been pregnant and that the little kitten could be her offspring was impossible because they took Asya the cutie to the vet in order to avoid any offspring. Apparently, the cutie found an abandoned kitten and took her home. She turned out to be a wonderful mother for the little cutie. She even stopped going out for her regular walks in order to spend much time with her new baby licking her every minute and taking proper care in every possible way. Concluding form this touching story we can surely say that the maternal instinct cannot be removed surgically …