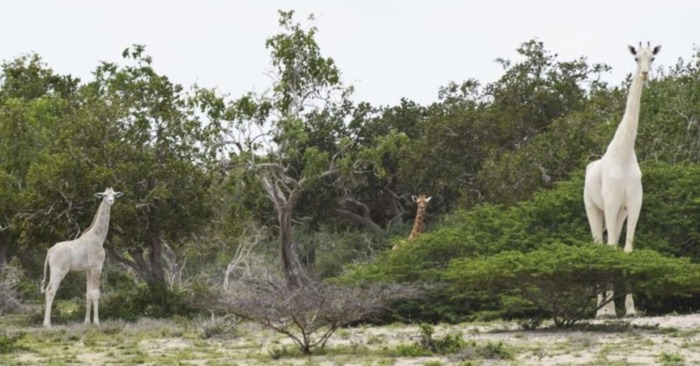 Recently, such unique and rarest giraffes were found in distant parts of Kenya.

They were born with a rare disease called leucism which causes a pigmentation lack.

On contrary to albinism, the animals suffering this rare condition continue to develop dark pigment in their tissues. 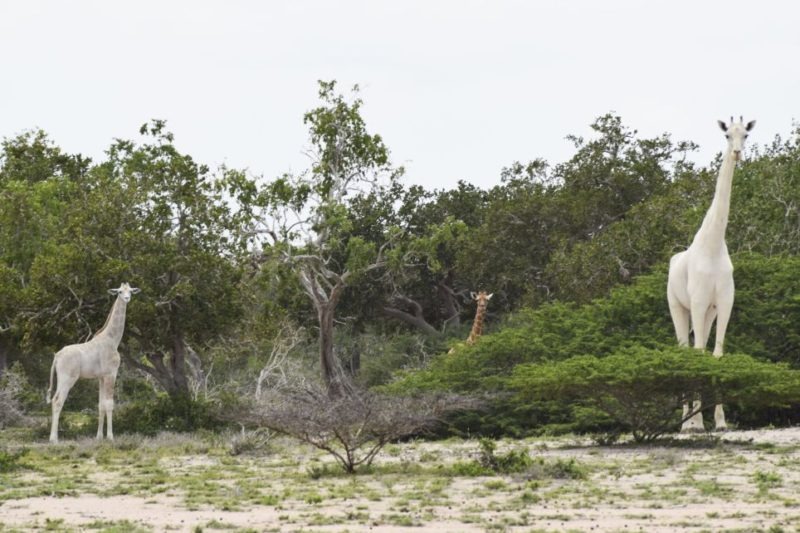 The unique creatures were recently spotted in Kenya’s district of Garissa.

The two adorable white giraffes were discovered in August by rangers

Those creatures who suffer this leucism possess black eyes, but albinos’ eyes are generally pink.