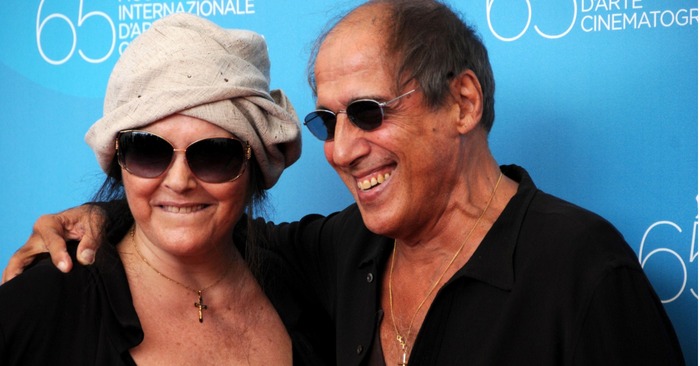 Absolutely adorable: This is what Celentano’s wife looked like in youth

Women’s beauty and grace recognize no nations and races. People keep believing that the most beautiful and charming women belong to their nations but it is worth mentioning that all women are equally gorgeous and absolutely unique in their own way. Yet, there are some who managed to steal thousands of people’s hearts and still continue delighting people with their femininity and grace.

Celenatno’s stunning wife is already in her 70s, but still remains her legendary husband’s beloved. It is quite easy to notice that the famous spouses are deeply attached and are still madly in love with each other.

They first met in 1963 when Claudia was still a 19-year-old young lady. Despite her age, she actively participated in musicals and quickly took the first step in film industry.

When meeting Claudia, Adriano realized he didn’t actually love his partner and, after breaking up with her, formed a relationship with his future wife, Claudia Mori. They had three awesome children: Rosalinda, Rosita and Giacomo. The woman was a caring mother and a talented singer at the same time.

Since 1967, the spouses performed together and even won the Sanremo Music Festival. In 1970s, Claudia returned to the film industry starring with such popular actors as B. Gazzara, R. Schneider, O. Sharif, and so others.

Unlike her husband, she was able to focus only on one sphere: either film or music.  Her each and every performance on the screen was nothing but a phenomenon.

In the 90s, Claudia headed the Clan Celentano label and released her beloved husband’s musical albums. In 2009, she presented her own collection of compositions and even worked as a jury in X Factor show becoming a truly talented and successful producer.

The spouses rarely appear in public nowadays. They have lived with each other for about 55 years and experienced absolutely everything.

Barely anything is known about their grown-up kids. The eldest daughter Rosita leads a private way of life.

Giacomo became a singer and was the only child who gave his parents a grandchild.

And Rosalinda is well-known for daring experiments connected with her appearance.