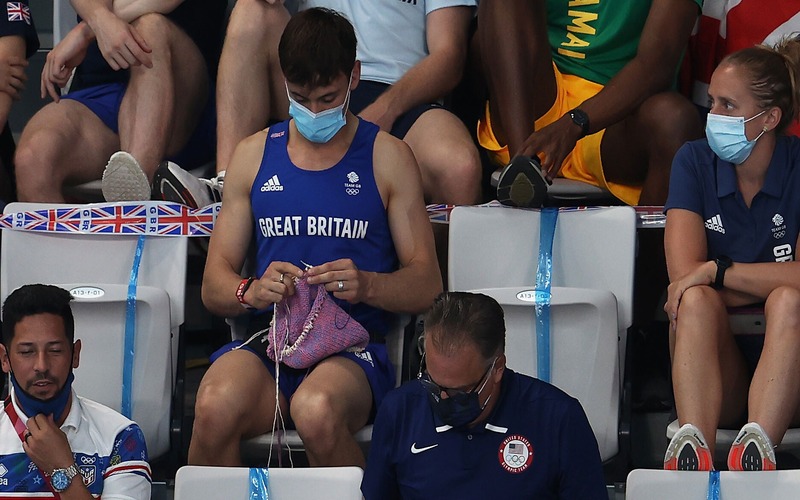 This Olympic gold medalist got popularity all over the world not only representing his country in a brilliant way, but also was regarded a softhearted hero due to displaying extreme kindness and tender attitude towards animals.  After the absolute victory in synchronized diving competition, he became gold medalist and, lately, was spotted knitting in the stands. It, later on, turned to be a hobby for the man and he confessed he was busy knitting clothes for dogs. He started to practice that a year ago and he proved to be perfect skilled for both diving and crocheting. He also made some dog jumpers and other clothes for his friends’ pets and was busy with the same task once people spotted the man doing something unusual. And, at this moment, he is working for a quite popular client!

Oh this? Just Olympic champ @TomDaley1994 knitting in the stands while watching the diving. 🧶 pic.twitter.com/o17i6vsG2j

Публикация от Made With Love (@madewithlovebytomdaley)